Disrupting war and
militarism in Australia

We take bold, strategic direct and discursive action to disrupt militarism in Australia and our region.

We organise and mobilise to #EndWarCulture

Our team works from many places in rural, remote and urban Australia 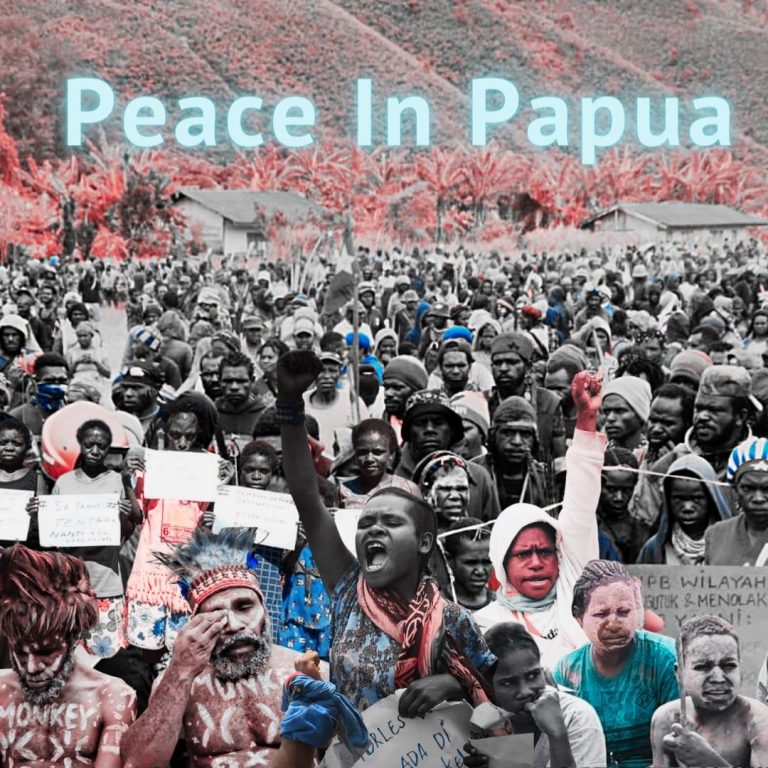 Peace In Papua is an international campaign to end foreign support for Indonesian state violence in West Papua. Solidarity and peace activists in Australia, Germany, Korea, the US and more are taking action to end arms sales and joint training programs with Indonesian military and police. The civil resistance in West Papua is steadfast, creative,… [Read more] Peace In Papua

Demilitarise STEM Education: get weapons companies out of our schools 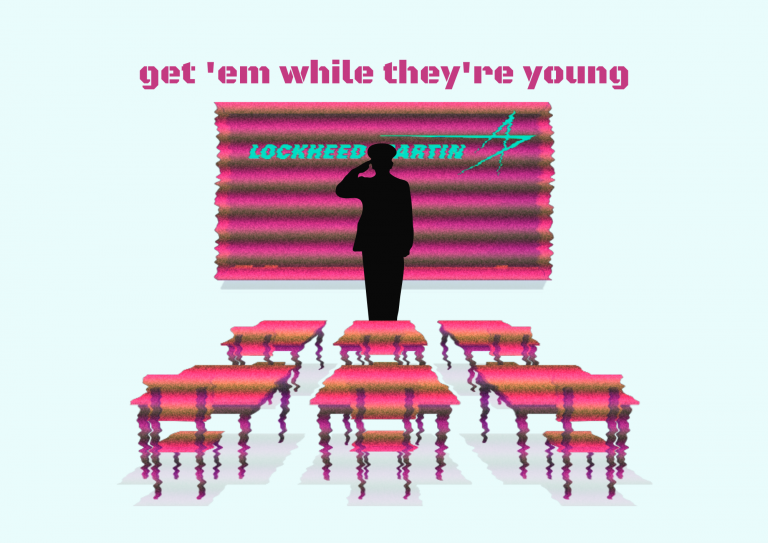 Militarism in our culture is not something that we think about often. When we don’t think about something, we don’t talk about it. When no one is talking about something, it has space to move around without anyone noticing or scrutinizing what it’s doing. Recent rising tensions with China have caused some people to start talking about the way we view war, the military, and their roles in society. The way we frame these issues matters. Hawks will generally speak about war as if it is both necessary and inevitable. There will always be bad people out there, and thus the good guys will always eventually be called to fight the bad guys. This is noble and natural. In a logical argument, this is a premise. It is something that is established at the outset and thus not up for debate. It is the starting point from which logical argument sets out. This is important because it sets boundaries on what is up for discussion. If we begin with the premise that war is essentially unavoidable, … [Read more] The military has invaded our classrooms. 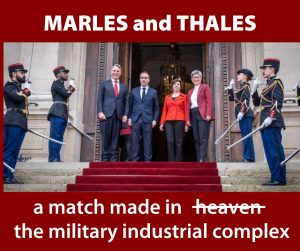 Marles and Thales: a match made in the military industrial complex, 01.02.23. This is what Defence Ministers and Foreign Ministers do. They swan around the world on tax payer funded junkets arranging the transfer of public money to private corporations, aka selling weapons. Gunpowder, manufactured by Thales, in Australia, will fuel the disaster that is… [Read more] Marles & Thales

Frontier Wars: Lest We Forget 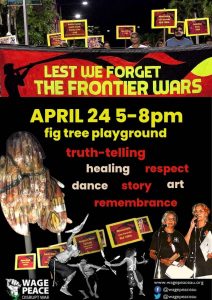 Frontier Wars 2023 will take place at the Fig Tree Playground, by the waters of Trinity Inlet. Gather with us from 5pm on April 24 to hear elders speak, see young ones dance and experience the healing that truth telling brings. All are welcome.

Wage Peace supports the creation of truth telling events remembering the Frontier Wars. We want to promote  ‘people to people’ ceremonies, because they are important. Each year since 2016, a special event is held in Gimuy, Cairns. The Gimuy Walubara Yidindji with local non-indigenous supporters, friends and residents, tell the stories of the Frontier Wars… [Read more] Frontier Wars Ceremonies 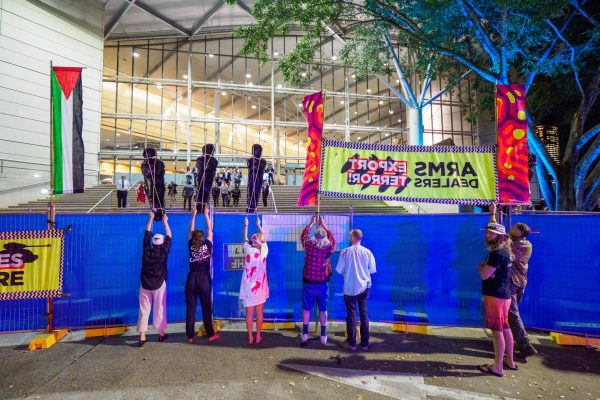 BREAKING: Conference of world-leading high tech weapons companies baffled by activist’s cunning use of ladder… We laughed, we cried, we screamed, we sang, we danced and we shared an incredible experience together. Take a look through our gallery to check out some beautiful people creating beautiful disruptions.

Find out all the Wage Peace news here