Wage Peace has created this set of slides to share with friends and family. We think many people would be disgusted to know about the massive spending on military technologies for both export, and domestic projects. These projects are #NotDefence, but #Crapitalism. 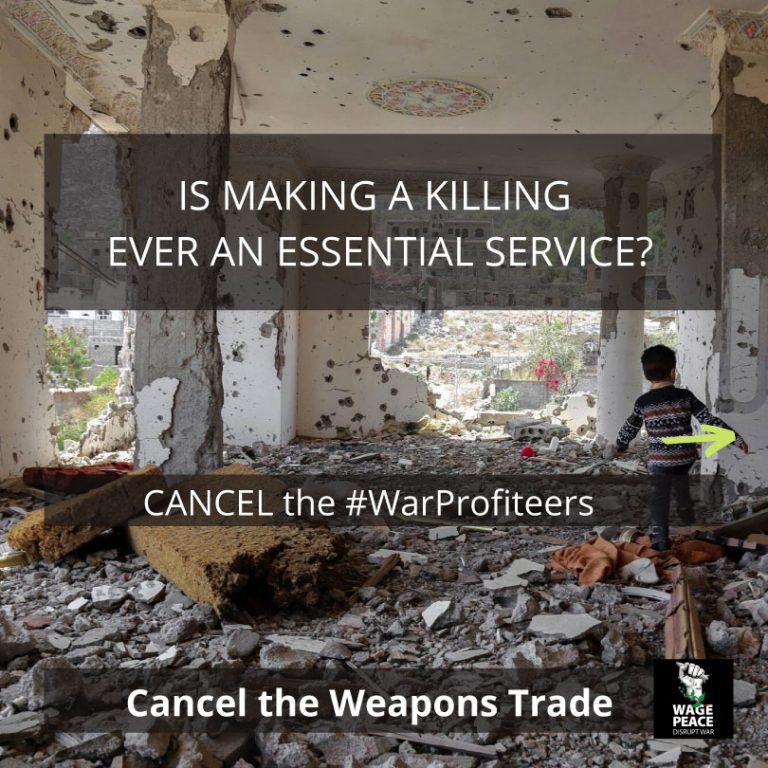 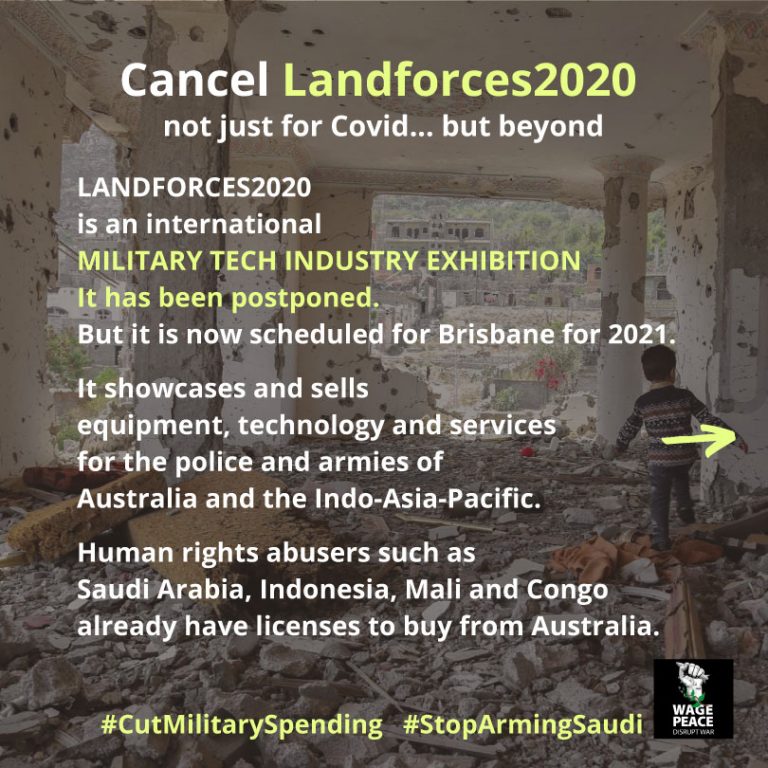 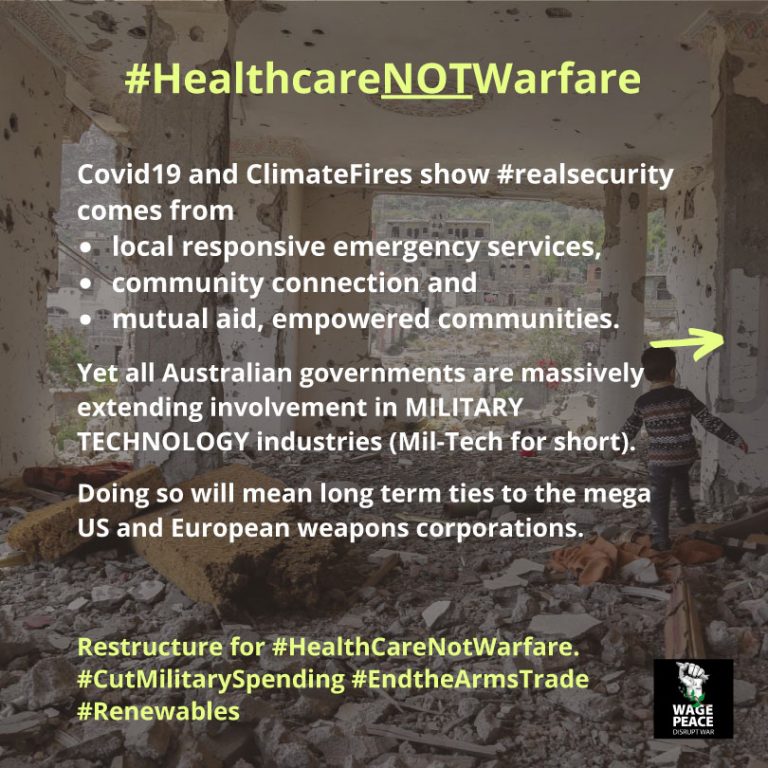 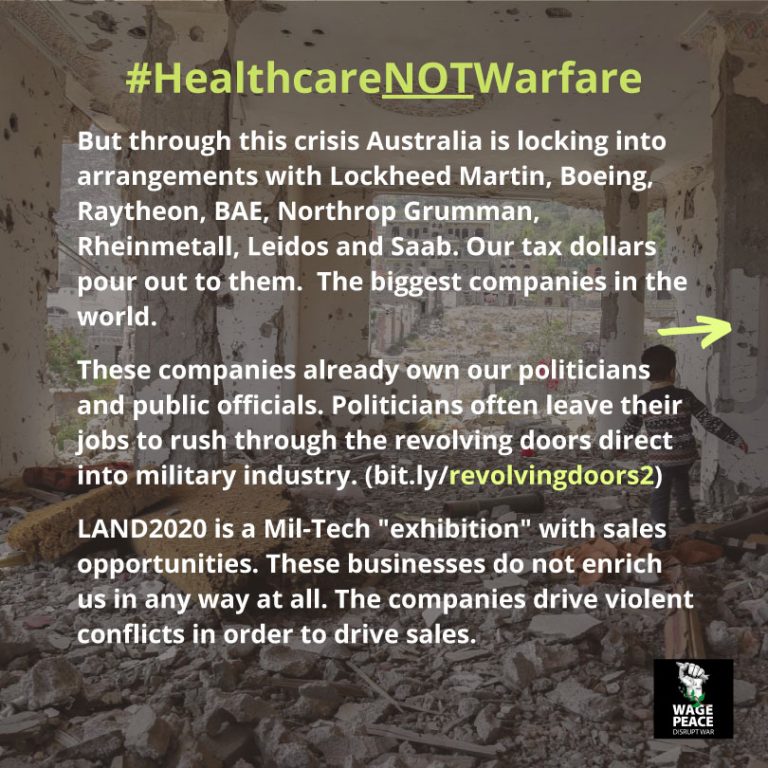 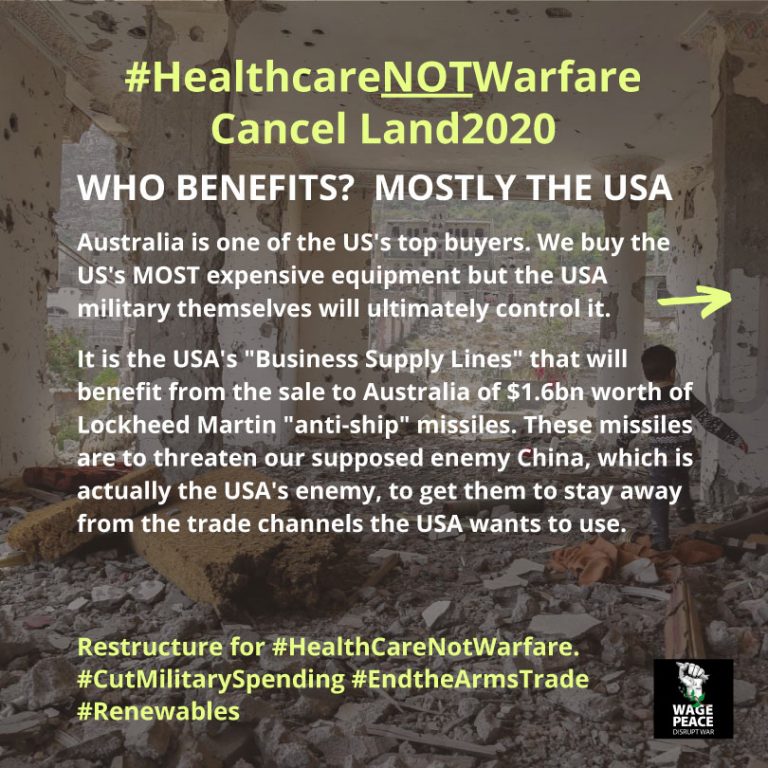 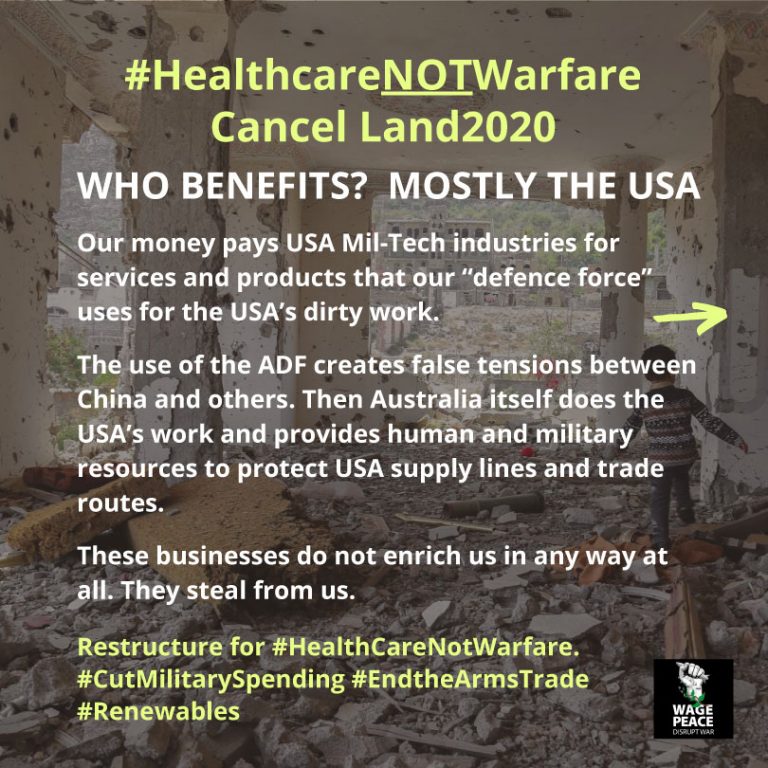 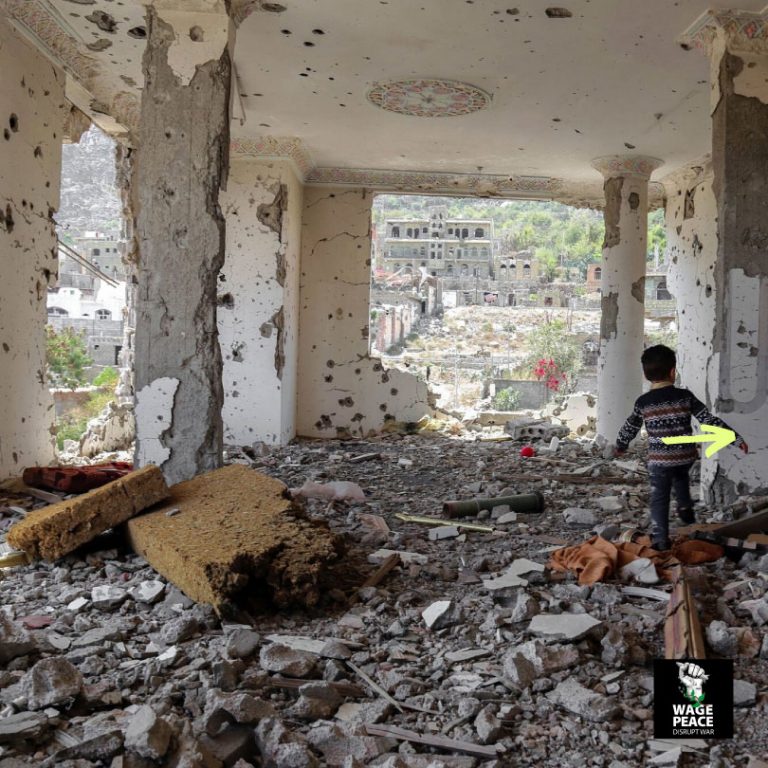 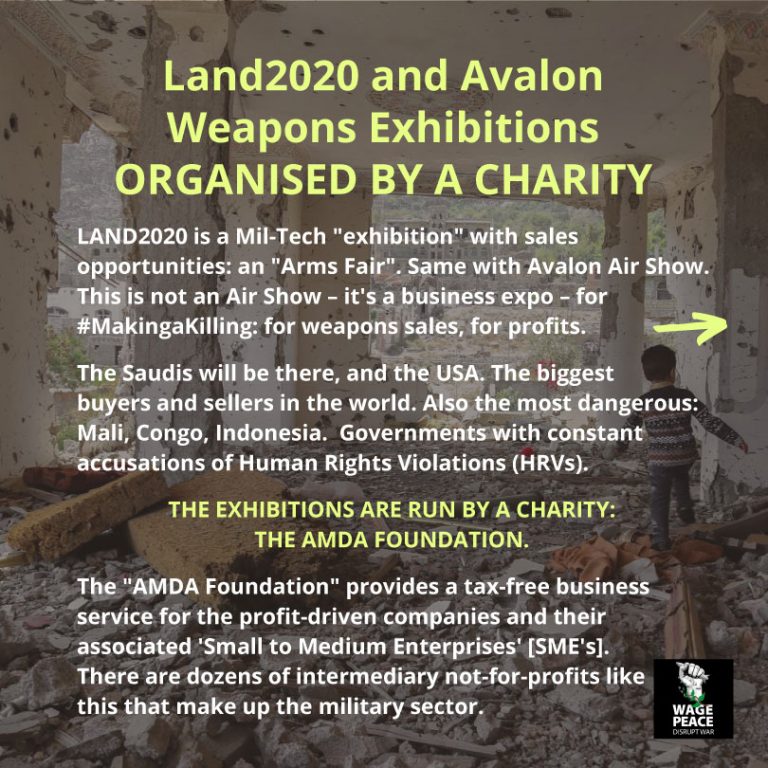 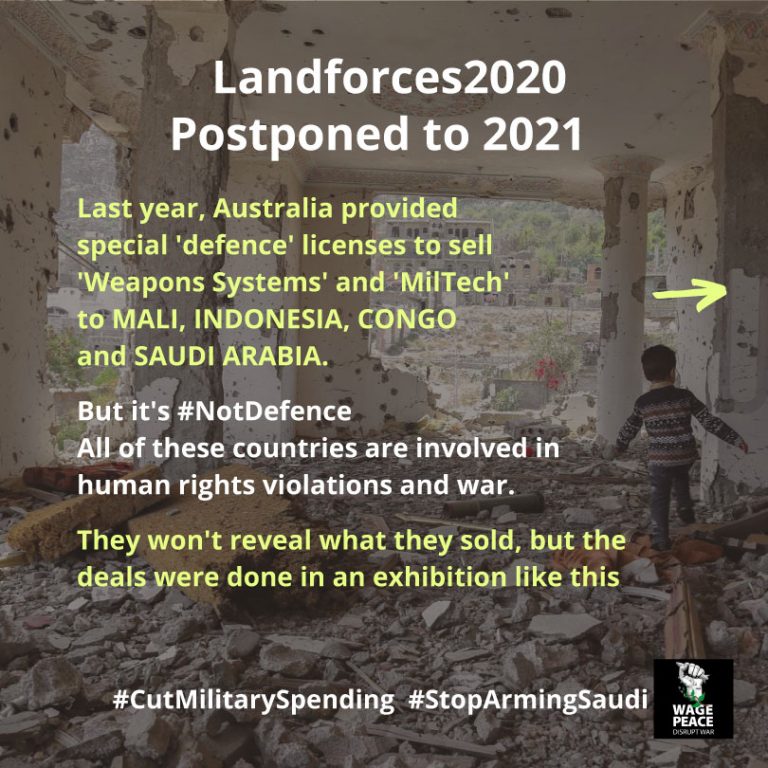 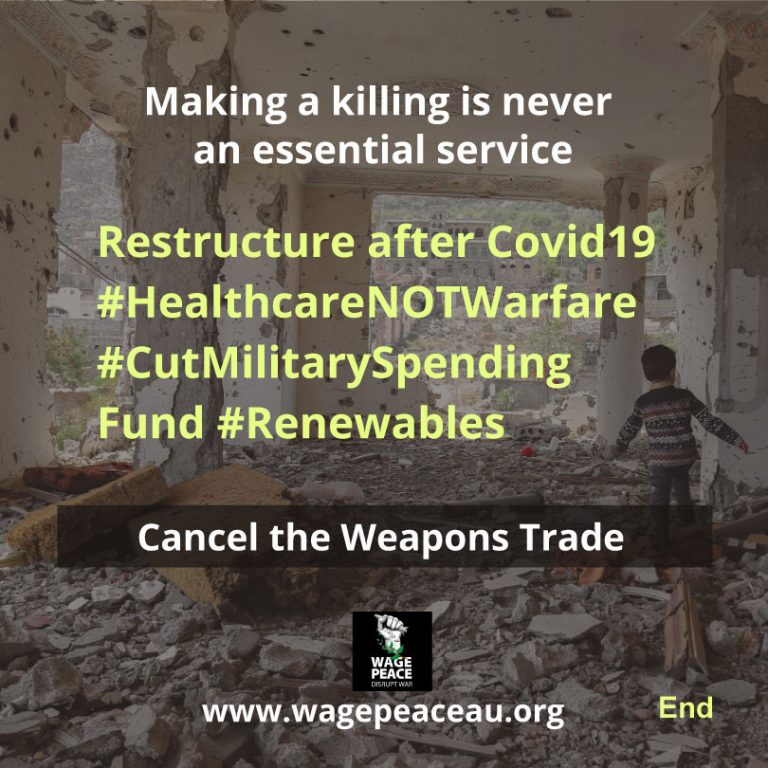 Full Steam Ahead for Weapons Industries Under the Cover of Covid

Not all of you follow Wage Peace on Facebook so we’ve put together a summary of important developments since the fires. 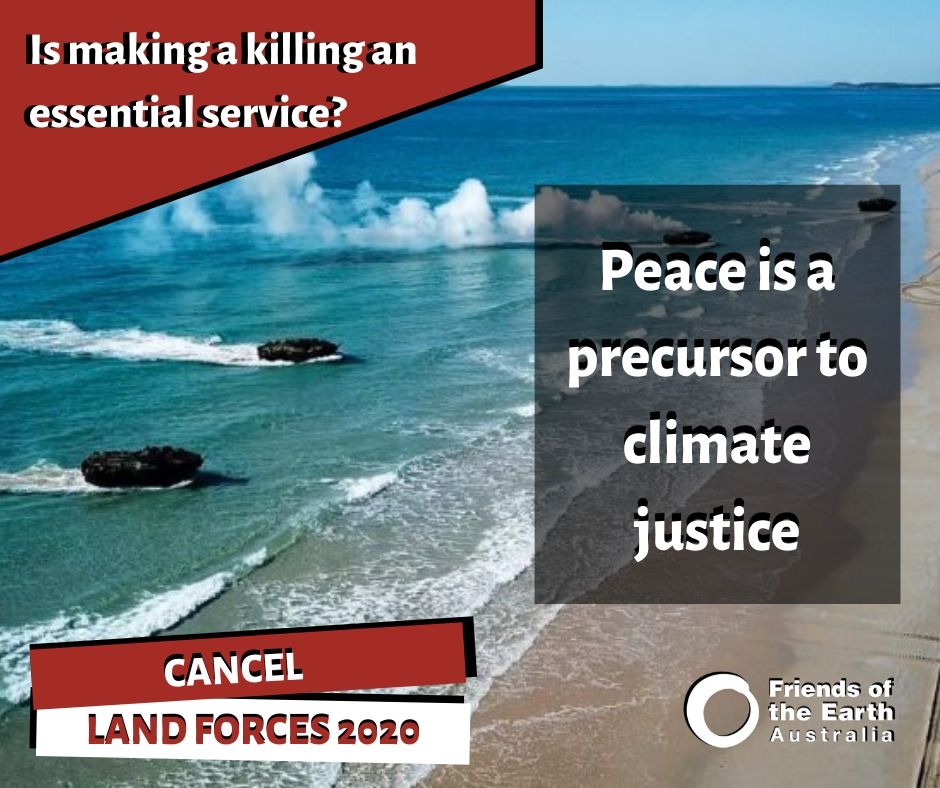 Revolving Doors: At Michael West Publishers there is interest in our “defence” money and the people responsible for giving it away. Michelle Fahy is writing and researching with Callum Foote, gaining significant reach with their reflections about who is moving through the ‘defence’ #RevolvingDoors. Use the hashtag! The picture is grim: new projects, new contracts, billions of tax payers money facilitated by parliamentarians who appear to work directly for the weapons trade.

#StopKillerRobots The Australian Campaign to Stop #KillerRobots is producing a report on the development of autonomous weaponised robots in Australian universities. The ABC introduced this issue last year.

It’s clear that ethics in universities are scant in the face of dollars from the weapons corporations. Australia has failed to rule out developing these weapons.

“The removal of a ‘human in the loop’ makes a weapon that independently selects and engages targets unable to comply with International Human Rights Legislation. Therefore, the development and deployment of fully autonomous weapons are unlawful.”

#DisarmUnis Wage Peace is recording information about the activities of the weapons corporations in the universities on LittleSis. Maps like this can help us trace the interface between universities and the weapons industries. The relationships are all in plain sight, if we look. This is an open source project so feel free to add information. 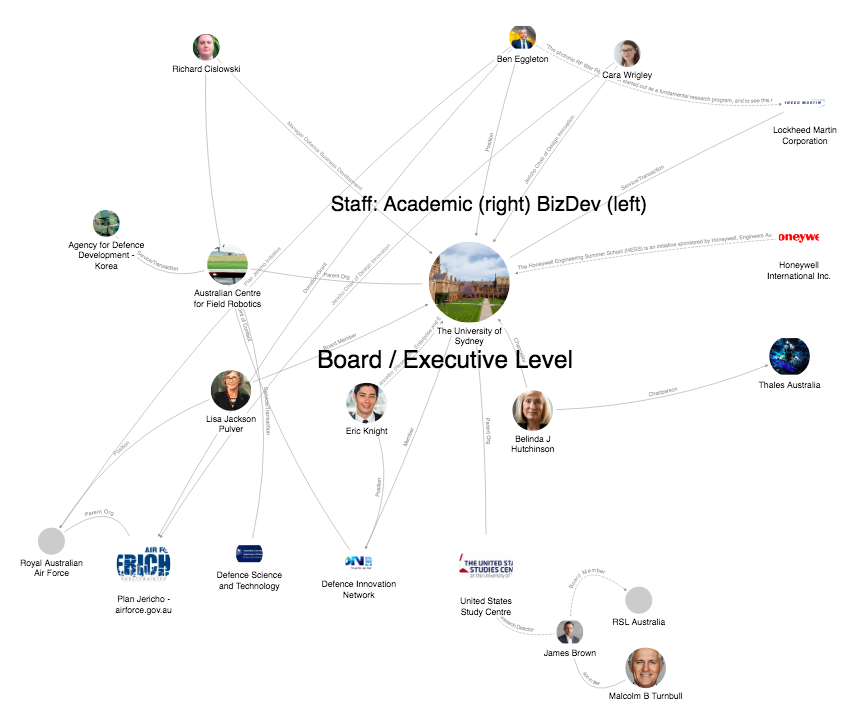 Training: There’s a 6am 3rd June – Little Sis Workshop on Power Mapping and divestment if you are really keen. It focuses on fossil fuels but it’s the same deal. Men and women linked by education and industry, constructing systems.

Wage Peace Weapons Industry Database: Our researchers have been compiling a database of what the big companies are doing to inform activists.

PROJECTS: Here’s a view of our database showing SOME of the projects with contracts more than $1bn

CORPORATIONS: Here’s a view of the Corporations and SOME of what they are involved in

Thanks for hanging in with us.

Margie and the team