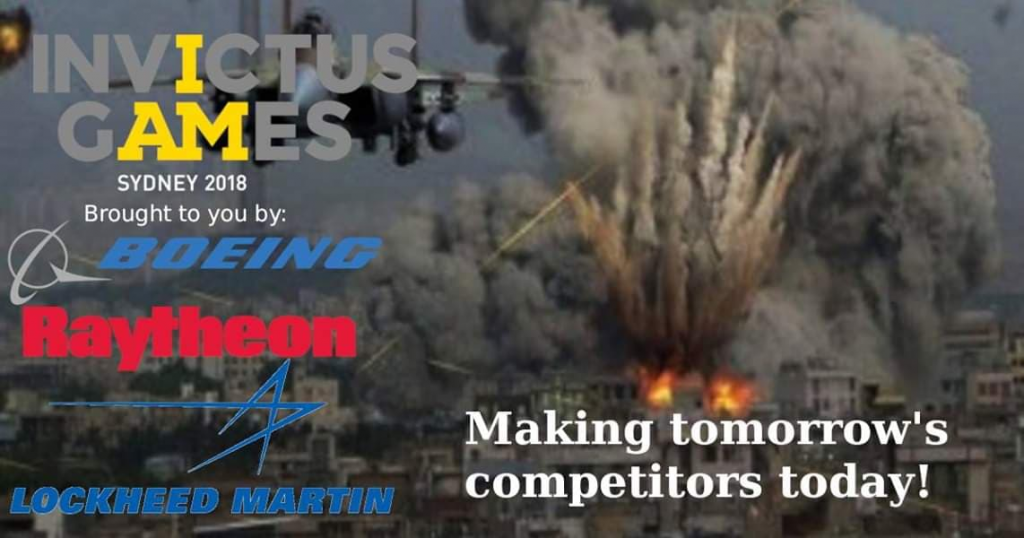 Reading Michelle Fahy below, on the insidious weapons industry, reminds us that Invictus is more than overcoming adversity for veterans. Increasing war and militarism is a much bigger danger.

War is fuelled by the weapons manufacturers. The corporations require war.

Their people are moving into Australian institutions: the War Memorial, the universities. Weapons company Thales has inserted their chairperson as Chancellor of Sydney University. They have people in the parliament – General Molan and Brigadier Reynolds, ex-Raytheon. Kim Beazley, former Chair of Lockheed Martin Australia is now governor of WA.  We can predict new contracts there as he pulls in the contacts he’s made for the defence industry for 25 years. So, get to! Take Action

We are just raising the temperature here. Tips

The Duke and Duchess of Sussex have arrived and the media frenzy has erupted, fuelled by news of the royal pregnancy. As media coverage goes, the Invictus Games team couldn’t have managed it any better. Yet, when it comes to the actions of the royal family, all that glisters is not gold.

Prince Harry’s Invictus Games for wounded, injured and ill servicemen and women start in Sydney on Saturday. Invictus (Latin for ‘unconquered’) is the title of a poem by British poet William Ernest Henley, the final lines of which are the resounding, “I am the master of my fate. I am the captain of my soul.” In an advertisement featuring Australia’s Invictus athletes reciting the poem, the last line is delivered by Prince Harry himself. He is the captain of his soul.

There is no doubt that sport is a powerful facilitator of recovery from illness and injury and I am as inspired and moved as anyone by the stories of the recovering athletes. At the same time I create a space for the ex service people who remain damaged by their military experience and wonder how they are feeling about this event and all that comes with it. Not everyone involved in warfare emerges unconquered.

Last year, at least 84 veterans killed themselves; that’s twelve more than the number of athletes in Australia’s Invictus squad. In 2002–2014, the rate of suicide was 13 per cent higher among ex-serving men compared with all Australian men. For ex-serving men in the 18-24 year range, the rate was almost twice as high as the national male average in that age range.

A 2018 report by the Centre for Social Impact at the University of Western Australia found that veterans are also over-represented amongst the homeless. During the study period more than 1 in 20 of the homeless people interviewed were found to be veterans. The veterans were more likely to be sleeping rough and 43 per cent of them had suffered a serious brain injury or head trauma. Unlike the US where veteran homelessness has received wide attention and a strong policy response, there has been very limited research in this area in Australia.

These statistics provide a small balancing insight into some of the tragic consequences of warfare for many returned service people. (And let’s not overlook the impact of warfare on civilians worldwide. Tens of millions of people have been killed, injured, traumatised, and had their property and livelihoods destroyed. They are not Invictus either.)

Given the focus on the ‘wounded warriors’ and their struggle to recover it is surprising to see that the list of corporate sponsors of the Games includes five of the world’s largest weapons manufacturers. The opportunity to sponsor a high profile event of this nature makes business sense for the corporations concerned (Lockheed Martin, Boeing, Raytheon, Leidos, and Saab) and clearly they have no qualms about using it to create the impression of being good corporate citizens. But let’s get real, they’re in the business of profiting from death and destruction, despite the worthy-sounding euphemisms they and others employ to obscure that fact. It amazes me that Prince Harry, the captain of his soul, supported by the leadership of his Foundation, finds it possible to accept the involvement of such sponsors in these Games.

Pope Francis has stated his view in no uncertain terms, labelling these vast weapons corporations “merchants of death” and calling for an end to the arms trade. Meanwhile Prince Harry and his relations continue developing their relationships with dubious regimes and corporations of no conscience, and facilitate arms deals between them.

In 2010, Prince Andrew criticised the UK’s Serious Fraud Office for its attempts to investigate BAE for secret alleged payments to clinch arms deals (ie. bribes). Andrew Feinstein, respected anti-corruption campaigner and former South African MP who resigned in protest over BAE bribery allegations, has noted: “The royal family has actively supported Britain’s arms sales, even when corruption and malfeasance has been suspected.”

Prince Charles has visited Saudi Arabia many times. A 2014 visit was immediately followed by an announcement of a multi-billion-pound Typhoon jet deal with the Saudis. Such was the outcry that Prince Charles reportedly said he “no longer wants to promote British arms sales in the Middle East.”

Along with the Saudis, the Queen has developed close ties with the Bahraini royal family despite its known abuses of the Bahraini people. The King of Bahrain sat beside the Queen at the gala event celebrating her 90th birthday. Britain also sells arms to Bahrain.

In March this year, despite growing condemnation of Saudi Arabia’s role in the war in Yemen, the UK rolled out the reddest of red carpets for Saudi Crown Prince Mohammed bin Salman. During his visit he lunched with the Queen, dined with Prince Charles and Prince William, and was entertained by PM Theresa May at her country estate. If this is not a ringing endorsement from the highest level of British society, what is?

Meanwhile, back in Australia, will any journalist raise with Prince Harry the apparent hypocrisy of hosting an event celebrating the resilience of the human spirit while concurrently accepting sponsorships for that event from companies supplying weapons of war to a regime that is helping create the world’s worst humanitarian disaster? These firms aren’t trying to hide it. Lockheed Martin, Boeing and Raytheon are currently seeking new weapons contracts with Saudi Arabia. Would His Royal Highness care to comment?

It is difficult to see how these Invictus Games sponsorships are anything other than ‘business as usual’ in a long history of similar deals of varying scale in which the UK royal family uses its influence and prestige to facilitate arms deals for the benefit of a privileged few, at the expense of the human rights of the many.

Michelle Fahy is a writer and researcher, currently on staff with the Medical Association for Prevention of War. 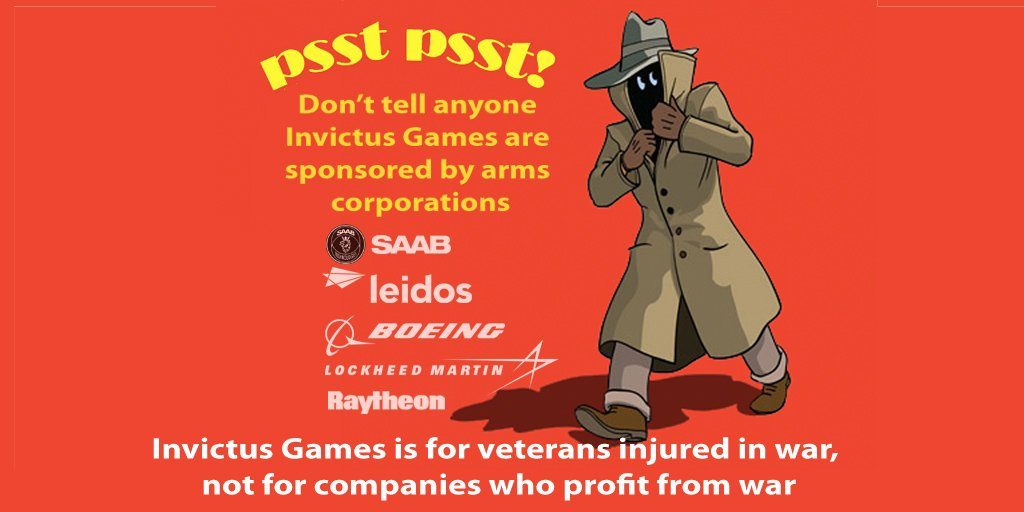 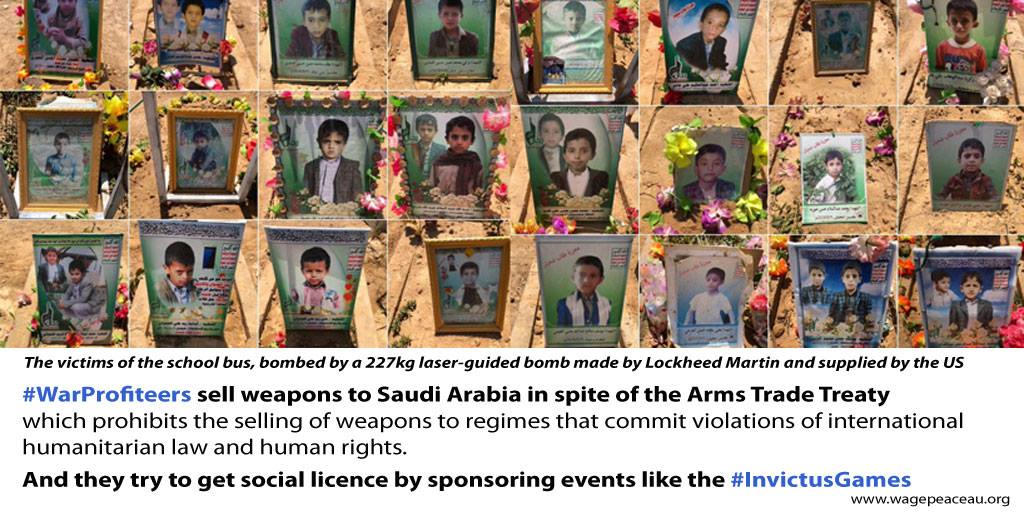 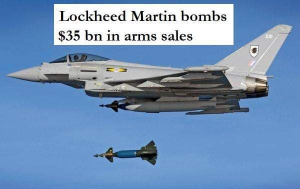 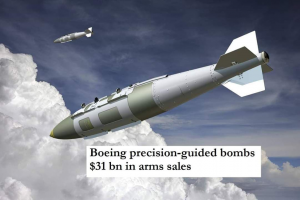 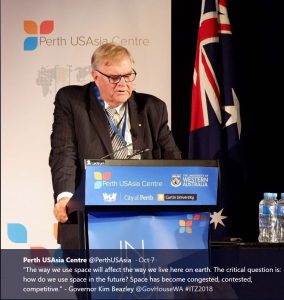