Send a letter direct to EOS

We really should stop arming Saudi and UAE – both members of the US-Saudi Coalition bombing Yemen.

The story is complex. Communities beyond ABC-SBS audiences deserve to know what is happening. 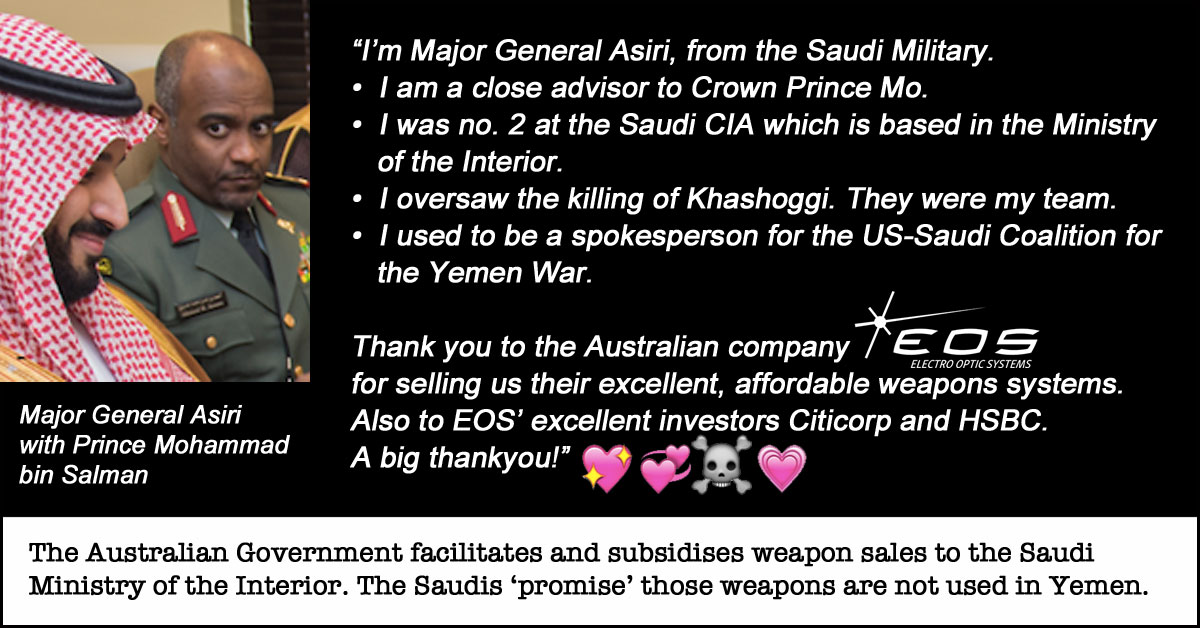 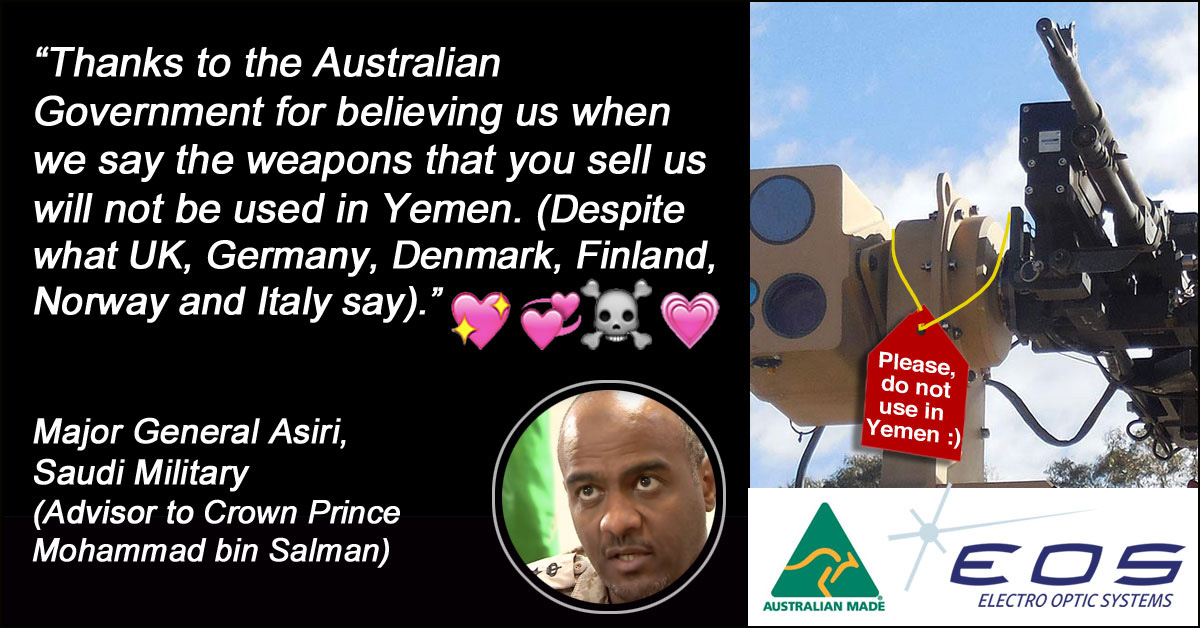 We hope you will download these pics and info, repost and write about the story – to help more people access the information.

We Want YOU to Retell the Story

Australia subsidises and facilitates weapons sales to the Saudi Ministry of the Interior (MOI) and to the UAE.

The Saudi MOI is like our own militarised Home Affairs. It includes special forces and the “Saudi CIA”.

The Saudis ‘promise’ those weapons are not used in Yemen. But there is no verification process: It’s just ‘asserted’ by defence bureaucrats (see Parliamentary record below).

There are no boundaries in modern militarisation. ‘Special’ security forces move between external military operations and domestic operations: “home affairs”.

Wage Peace and IPAN have joined with Amnesty, Human Rights Watch, Save the Children and other civil society groups in a new Australian Arms Control Coalition (AACC) #AusArmsControl to #StopArmingSaudi.

Members of the Coalition (AACC) are researching and questioning that the Government has no transparent processes for assessment. That the #ArmsTradeTreaty has no teeth and is systematically undermined for profit.

Where to from here? We’d love to hear your thinking.

EOS is an ASX listed company that sells to the Saudis. EOS has a factory filled with engineers and manufacturers in Canberra. Labor ex-Senator Kate Lundy is on the board. She pushes weapons development across the country for ACT Defence. Code word: “innovation“.

We know the board member and major investor ‘Fred Bart’ is a former professional poker player involved in dodgy deals… Google him.

A lot of the workers of EOS are on LinkedIn. We know the shipments go from Sydney airport. We know which logistics company.

The Defence Minister, a Brigadier was on the board of Raytheon, an arms company. Reynolds has made it into the inner echelons of state power. We don’t think she is a helpful target at this point.

We know that many institutions including the Victorian Institute of Forensic Medicine in Melbourne are taking money from Saudi Arabia for “scholarships” – including for the man who actually appeared to butcher Khashoggi.

We’d love your help to stop arming Saudi and UAE. What targets takes your fancy? We might call you soon to ask what you think. 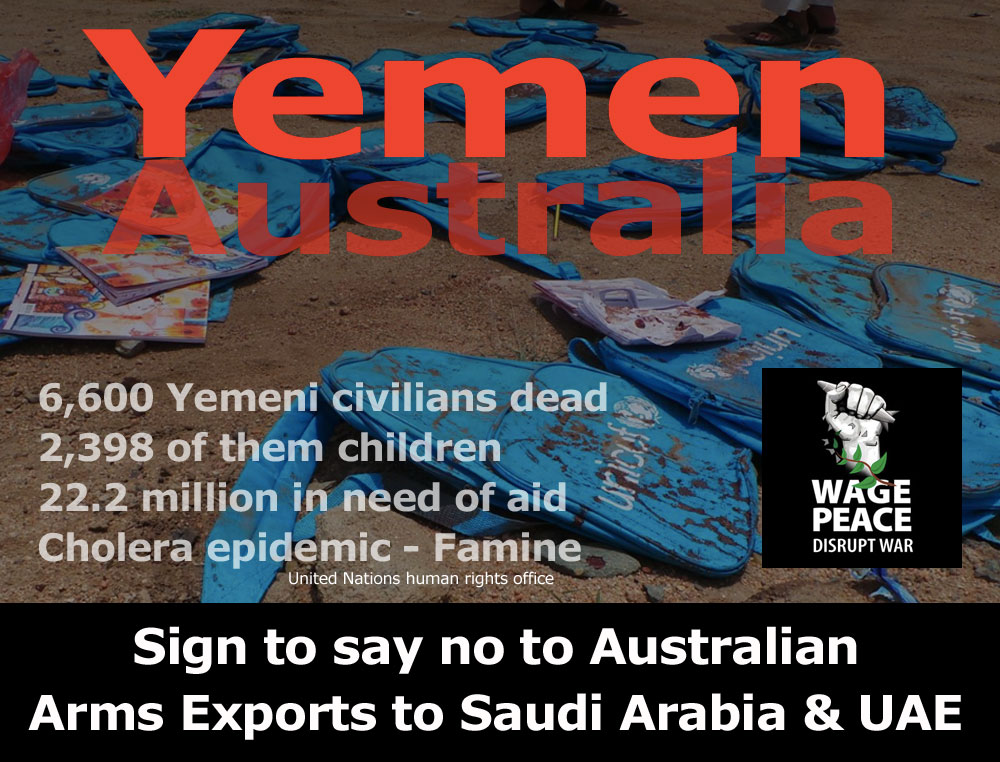 The Assassination of Jamal Khashoggi (Wikipedia)