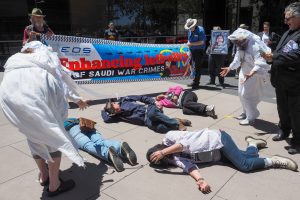 AUSTRALIANS TAKE ACTION TO STOP WAR ﻿ Concerned citizens took a disruptive performance to four Canberra sites to highlight how Canberra supports the transfer of Australian weapons, made by Electro Optic Systems (EOS), to the Kingdom of Saudi Arabia and United Arab Emirates (UAE). On Nov 13th the group visited Canberra Airport, where the “EOS… [Read more] Is this justice? EOS arms deals to Saudi Arabia and UAE 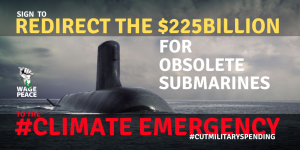 Sign the Petition: Click Here A climate emergency has clearly been unfolding – right now – throughout Australia. We must rapidly change the current arrangements. There are actions that can be taken now. Immediate redirection of funds for protection and restoration of Nature is required. Addressing the current fire emergency must occur NOW with the application… [Read more] Redirect the $225bn For Obsolete Submarines to the Climate Emergency 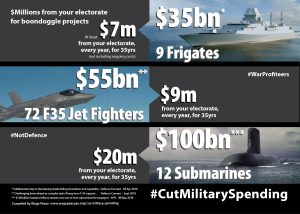 How would your electorate use $36 million per year? The federal government has announced plans to increase military spending.  A temporary boost will be added: $200bn to the existing $30bn spent annually. (Australian Government Department of Defence, n.d.). Three projects are presented here: 9 Ships, 72 Jets and 12 Submarines #CutMilitarySpending These are only 3 of… [Read more] #CutMilitarySpending – Speak up on three military mega-projects. 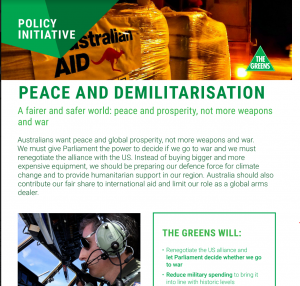 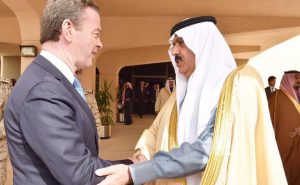