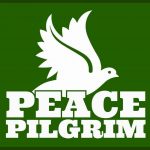 To the CEO, Board-Members, Operational Management and workers of EOS,

We will be gathering at your property at Hume tomorrow because we are extremely concerned that your company is selling EOS weapons systems into Saudi Arabia.

We are ordinary community members, calling ourselves Peace Pilgrims, but amongst us are people associated with the Women’s International League for Peace and Freedom, Wage Peace, Australian Anti-Bases Coalition (AABC) and the Independent and Peaceful Australia Network (IPAN).

We understand that it is impossible to control where the weapons systems are being used or transferred from Saudi Arabia. Our concern is that your weapons are indeed most certainly likely to end up in the war on Yemen despite any regulations or agreements concerning the matter. We believe Defence Minister Pyne had no business facilitating deals for you with Saudi Arabia or subsidising those deals on behalf of Australians; and that the arrangements contravene the Arms Trade Treaty.

As you know Yemen has been declared the most significant and alarming humanitarian disaster of our time.  There is no rational reason for the war there. 85 000 children have already starved to death.

Major humanitarian and human rights organisations such as Save the Children, Amnesty and Human Rights Watch are already involved with this issue.

We want to hear from you at our gathering at 90 Sheppard St Hume, Tuesday 5th March from 11 am as to how your leadership team reconcile these issues. We would prefer not to hear from your PR officer.

In the meantime, we expect you to take immediate action to pause the contracts while these issues are clarified. We want you to distribute this letter to your 100 top shareholders and all the employees at your offices and factories.

We look forward to your response and further communications.

On behalf of Canberra Peace Pilgrims