A brief dossier on EOS

We at Wage Peace want to recognise the wonderful reporting of Dylan Welch and the research done by the human rights teams at Amnesty and Save the Children. Thank you. This dossier gives some back ground information that haven’t made it into the news. 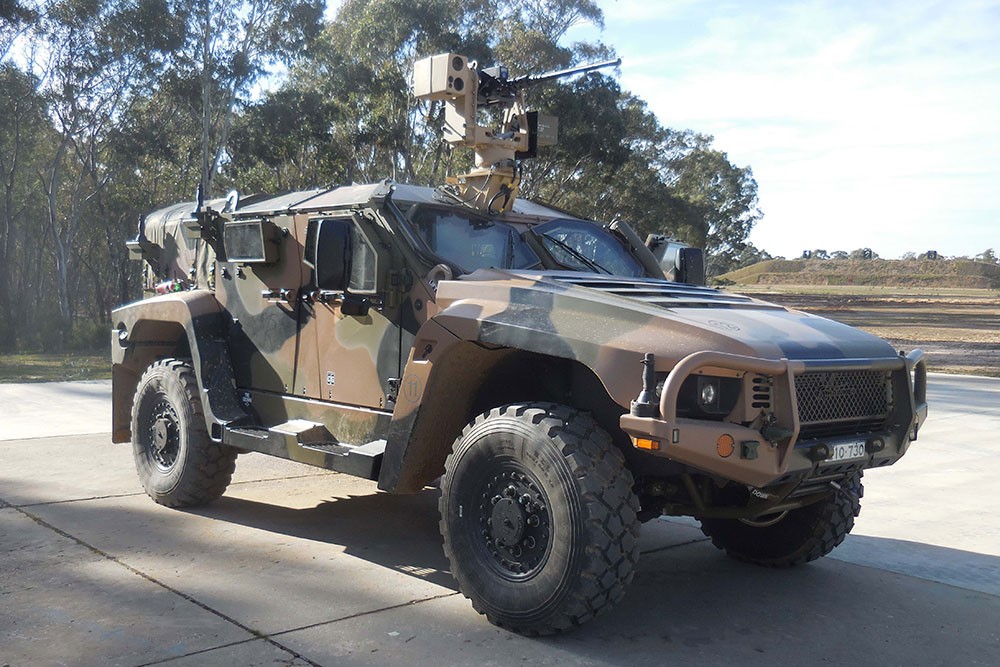 EOS is truly an evil corporation.

I would say “shamelessly” evil, except they do attempt to camouflage (slightly) their profiting from human slaughter.

Their most absurd statement in this regard is their response to the recent ABC 7.30 report, and other ABC investigations exposing their attempt to sell weapons systems in the Middle East – almost certainly to UAE and /or Saudi Arabia. These countries are presently involved in terrible war crimes in Yemen.

EOS number one point of denial is that “EOS does not make weapons”.

Are we supposed to laugh or cry?

Open their own website. Proudly displayed, taking up most of the opening page, is an armoured vehicle with a large machine gun on top. The system to operate this machine gun, is EOS’s biggest seller, a RWS (Remote Weapons System) which generated EOS $600m in new orders in 2017.

Obviously, these huge machine guns are as useless without the operating system as they are without bullets. 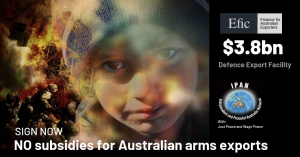 Their other point is “EOS has not delivered any defence equipment to UAE”. No mention of Saudi Arabia. The roundabout language used in this paragraph suggests they are almost certainly negotiating (or have contracted) to do so. (OES full denials can be read at the end of the above link –other ABC investigations).

Well worth reading is OES investor update. Two of their most exciting prospects for more blood money are that: 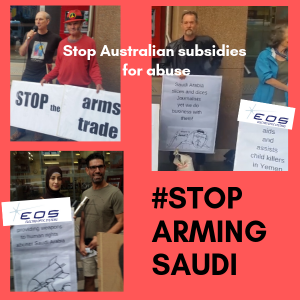 The ALP, KATE LUNDY, and the Weapons Trade – Military Technology

As we all know, in 2018, the Liberal Federal government announced a staggering $3.8Billion loan fund to increase Australia’s share of the international arms trade.

But we would be delusional to think the ALP is not equally supportive of trading in death.

Kate Lundy is the prime example. Kate served in the Canberra ALP government from 1996 to 2015.

After retiring from parliament, Kate was given a cushy job as the ACT Defence Industry Advocate.

She still holds this job today and acts in this role as a member of the ACT Defence Industry Advisory Board.

Remarkably, seeing no apparent conflict of interest, Kate joined the board of EOS on 23 March 2018.

Now , how is this not a scandalous situation on all sorts of levels?

A cushy job at tax payers’ expense on retiring from parliament?

A former minister being given another cushy job on the board of a large corporation connected to large government contracts?

The official Australian Defence Industries Advocate, at the same time holding a job as director of one of the large companies competing for government contracts?

But as we can see, the so called “Defence Industry’ seems to be above accountability on all levels.

Corporations like EOS do not have to disclose who they are selling their weapons to.

“Defence” ministers do not have to disclose what shady deals they are doing with mass murderers like Saudi Leader Mohammed bin Salman.

Is nothing more sacrosanct than war making?

P.S. Here is a list of the top 20 shareholders in EOS 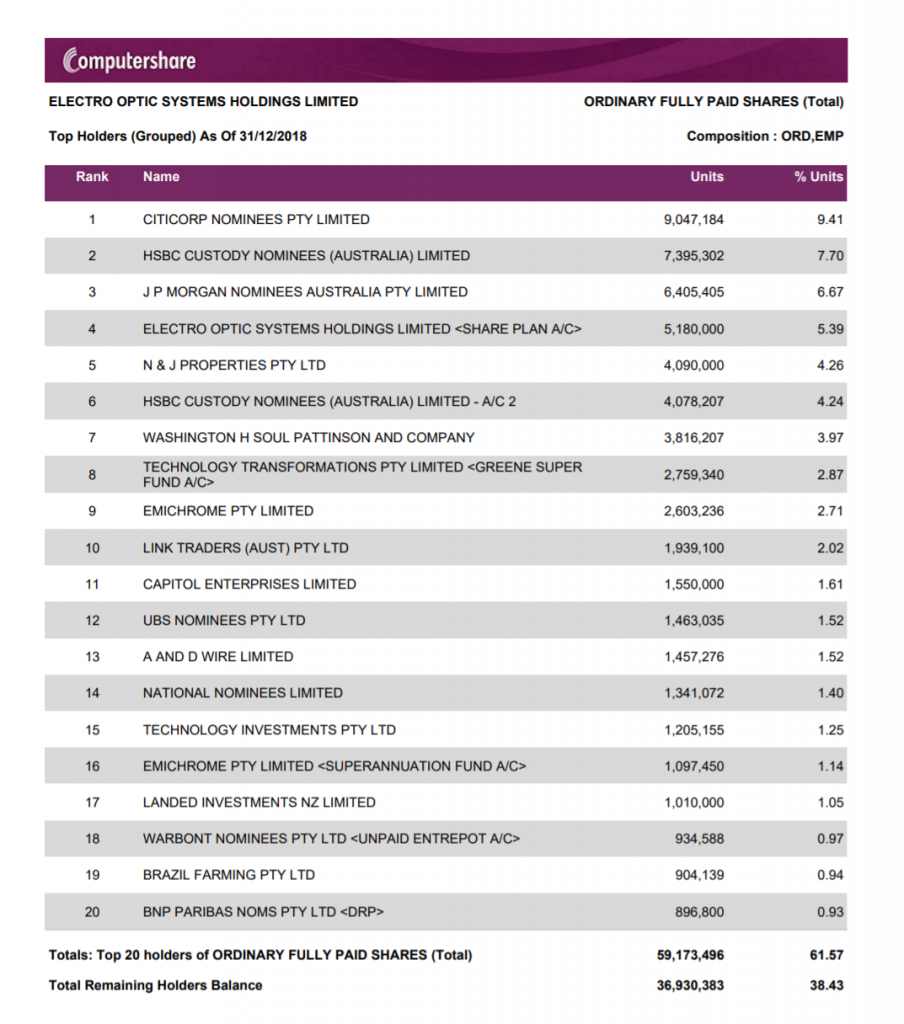