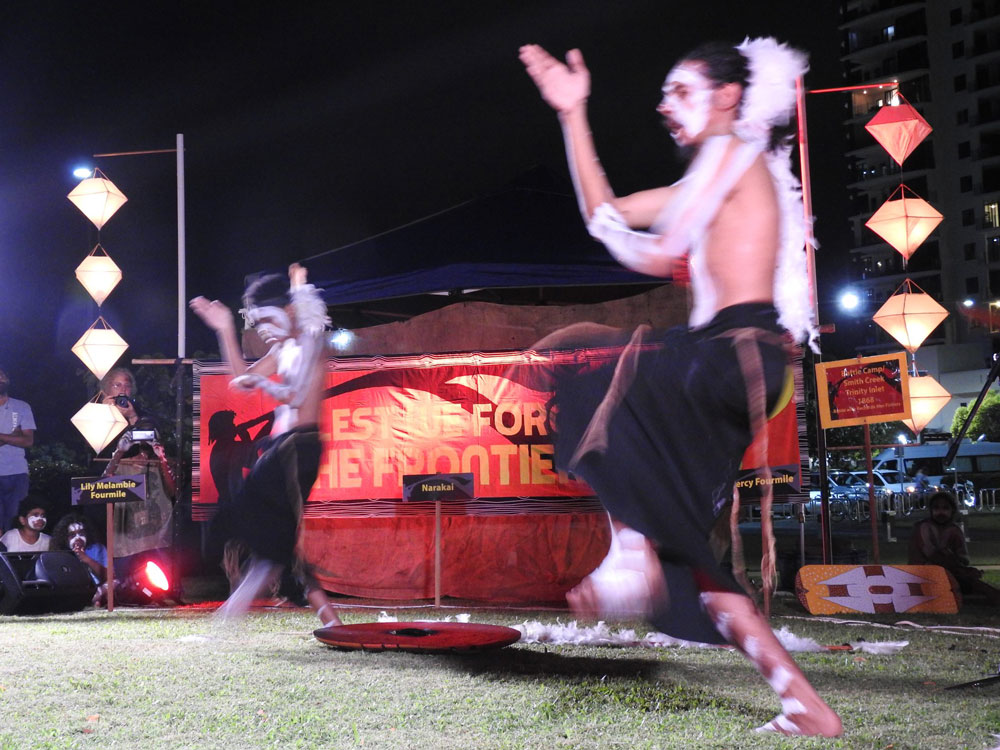 “The frontier stories are important for healing. The frontier stories event has become part of our event calendar, it’s very important for us as a people to heal the wounds of the past and secure the future. We have Yidindji elders here today who have horror stories of beheadings and shootings at places like Skeleton and Davies Creeks, yet here we are, wanting to make things right.

“Many tribal nations have a story to tell, some are funny and then there are those which are difficult. There is a danger these stories will go unheard for most Australians.

“It’s easy to be overshadowed by COVID for example, but looking into the mirror as a country and working out who we are as a nation, is paramount – if we can’t sort it out there will always be a sense of unfinished business here. Frontier Wars is a tough one for us as Indigenous Australians, but in saying that this is a wonderful opportunity to build a new Australia. We’d like to encourage everyone to take part, even if one person is inspired we have done our part.” 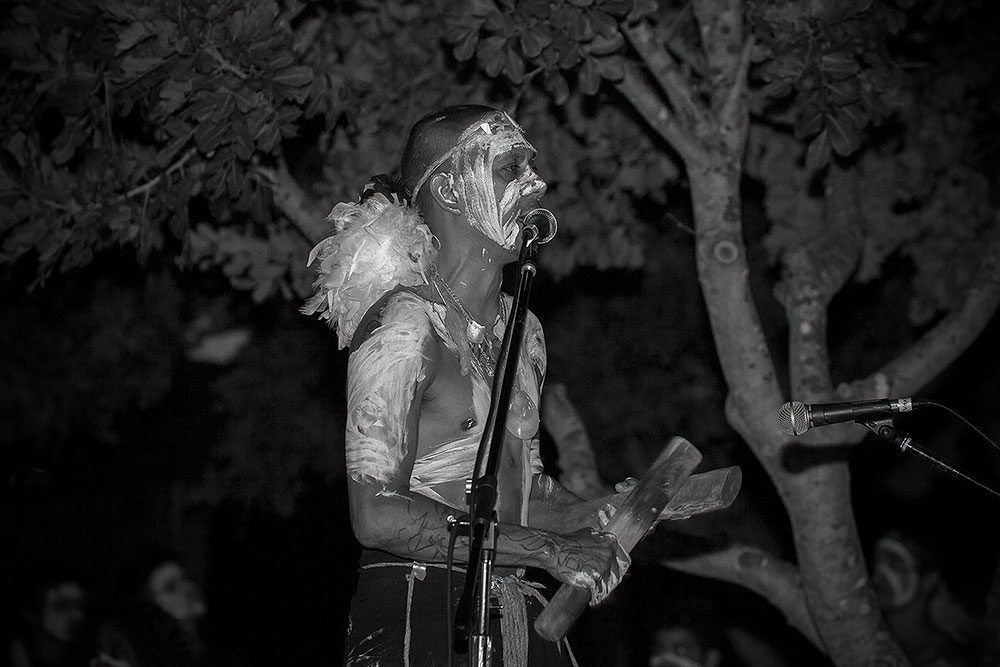 “Events like the Frontier Wars commemoration are a great reminder there needs to be formalised agreements or treaties between the Commonwealth of Australia and the various tribal nations on the continent called Australia,” Murrumu said.

“The Yidindji Nation is currently building that bridge which means people can be free of the feeling of guilt or shame, or sadness from things that have happened in the past. This is what reconciliation will look like in my view – the simplicity in it all is that it should be built on the greatest foundation, which is love for one another.” 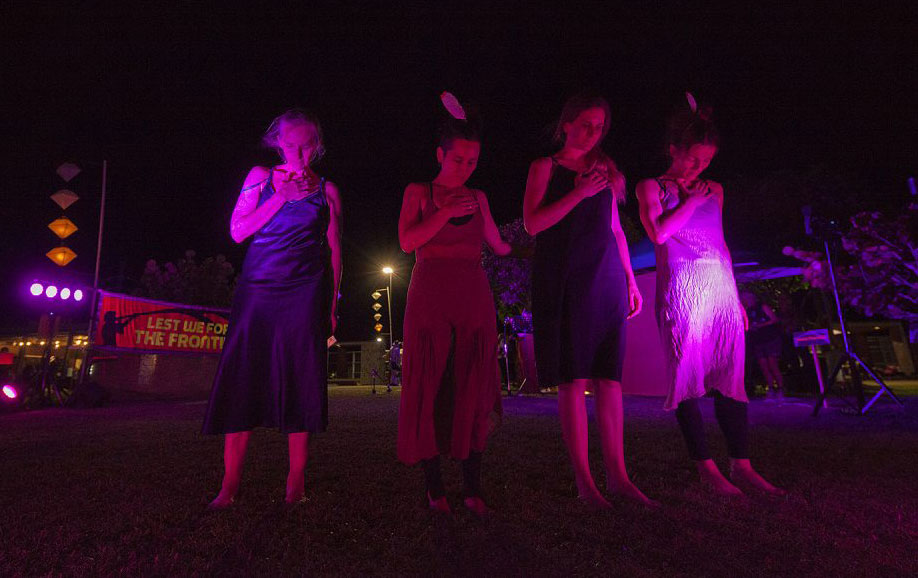 People to people ceremonies are held around this Great South Land. Other nations have also been exploring Frontier Wars history and truth telling events such as the following photos show, held in Canberra in previous years. 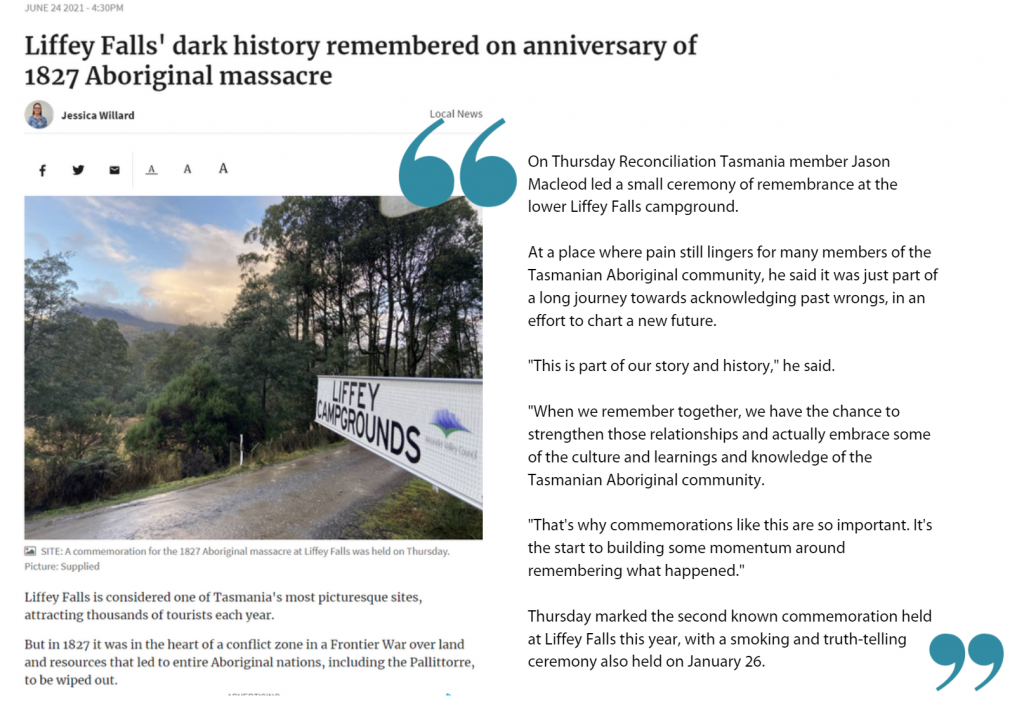 “We think the Gimuy ceremony is special,” says Margaret Pestorius, a non-Indigenous participant at the ceremonies. “It is a collaboration of friends; a ‘people to people’ ceremony. It is a gift from us to those for whom we have great respect, the Gimuy Walubara Yidindji; but also an acknowledgement of the violence inflicted by OUR people, and their many, many years of resistance.”

“We conduct it on ANZAC eve – because that is the time for remembering the disgusting nature of war and the courageous resistance of people seeking to protect their families and their Land. On ANZAC eve we can transform the meaning of ‘Lest We Forget’. 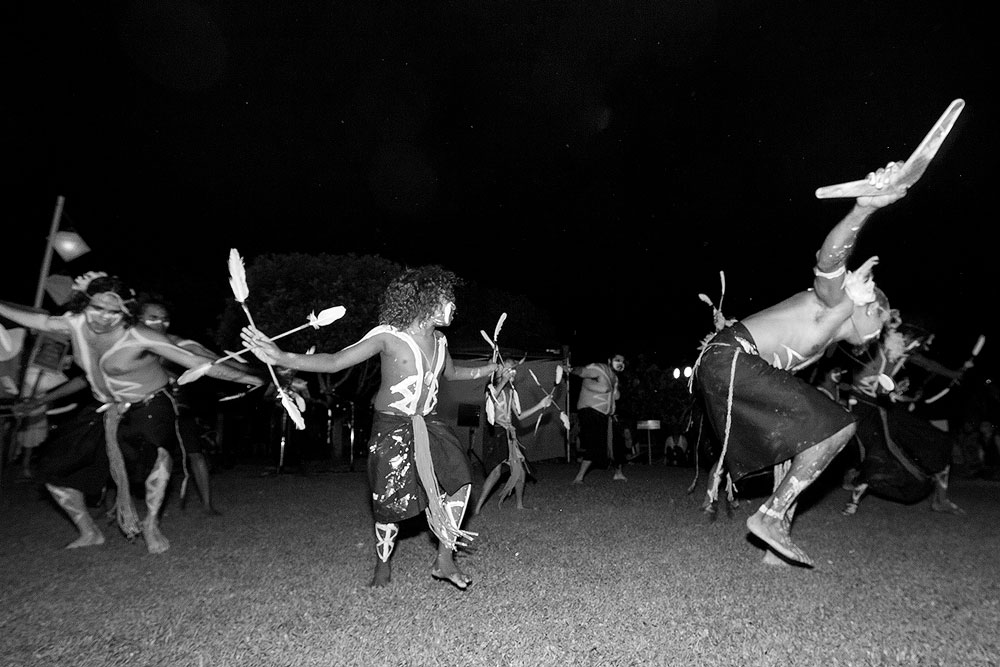 “We start with the story telling of the Frontier. And we perform a lament in response. The lament we play has no words. It is a cry from our hearts and our bodies as we dance and play music. We then are led in song by First Nations performers from neighbouring tribes or from across the seas. And we process to the great shields of created by the artist Paul Bong, a Yidindji man, which are installed in the centre of Gimuy, Cairns.” 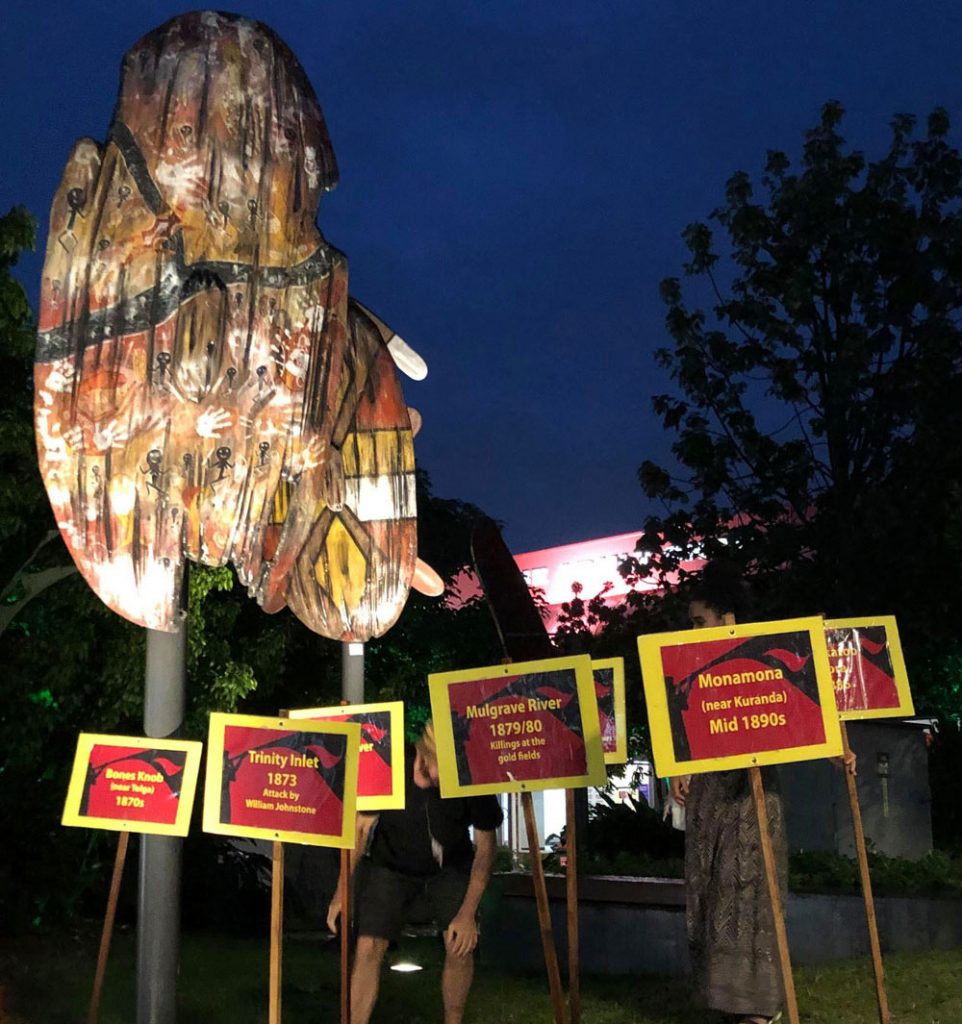 Telling the Stories at Anzac Time: Lest We Forget

“We have noticed that when we tell frontier war stories in partnership with Aboriginal people around the time of  ‘ANZAC Day’, we also jam a spoke into the pervasive militarism that continues here. We disturb the manufactured ‘national narrative’ that overseas wars created this nation.” 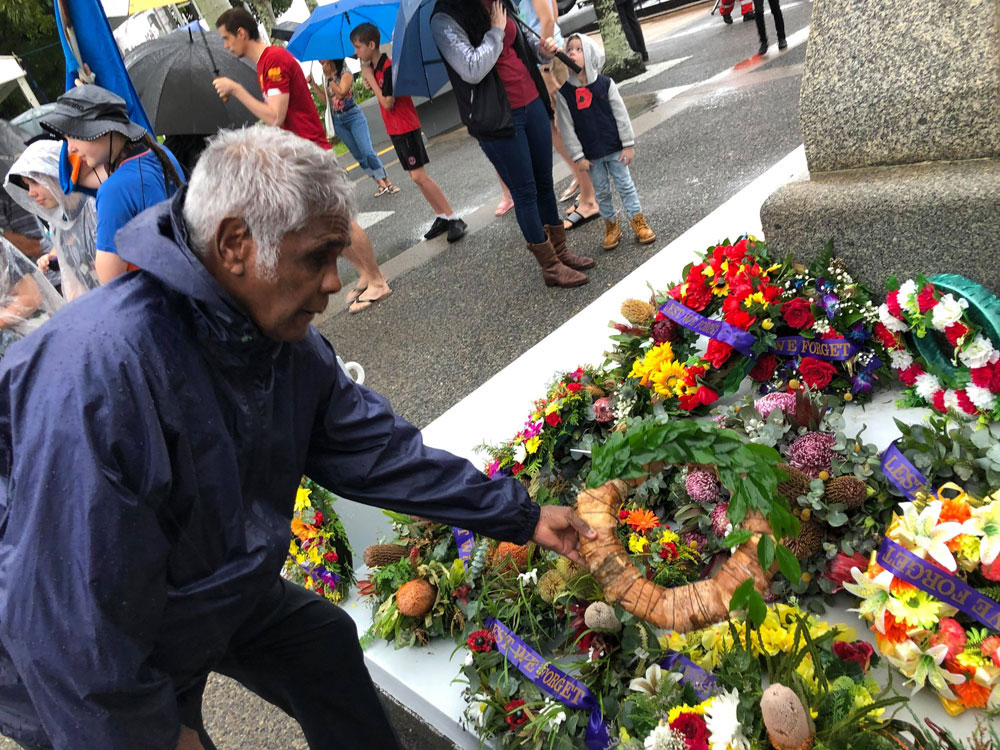 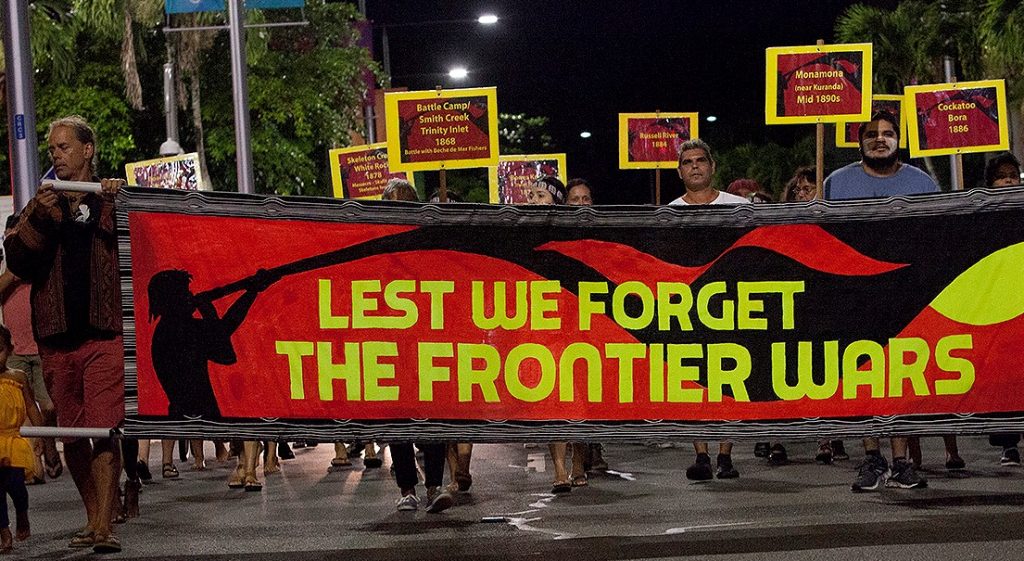 We can send designs for creating beautiful banners. We can help you organise your people to people ceremony. We have small grants available to assist in creating Frontier Wars events.

What can we do? 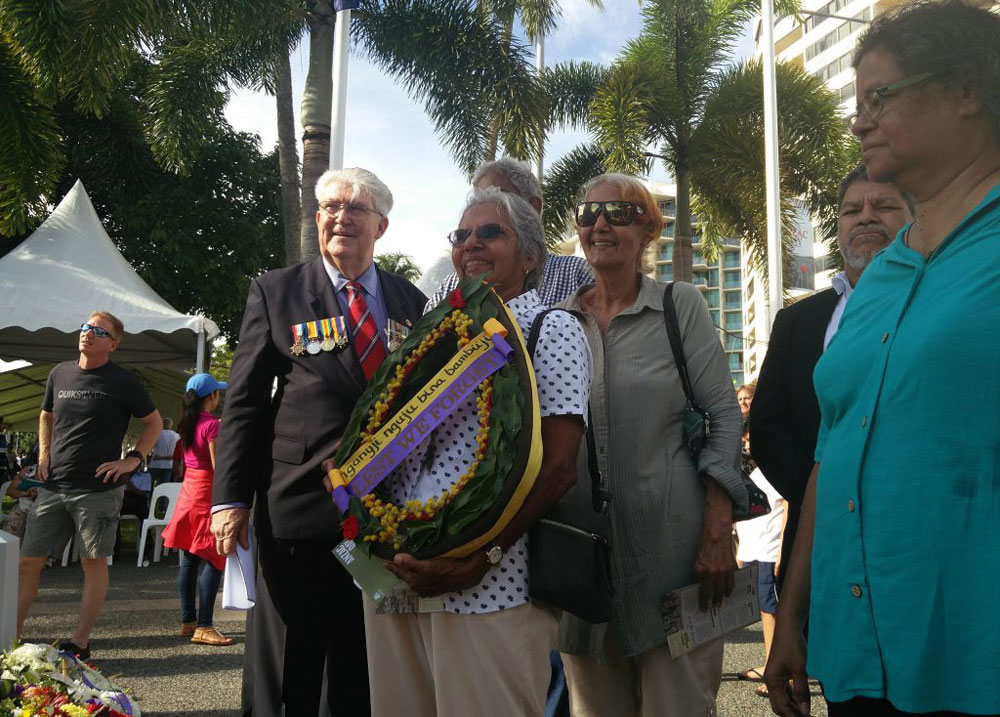