After being called out by the peace movement the Smith Family has refused further funding from the weapons industry.

In the middle of Pandemic 2020 it came to our attention that BAE Systems, a transnational weapons corporation, was funding the children’s charity The Smith Family: $100,000 for supposed ‘STEM’ education.

We call it ‘Reputation Laundering’.

2020 was the year following Save the Children’s epic celebration: 100 years, formed at the end of World War One in response to the plight of children suffering following war. The year was marked with the hashtag #StoptheWaronChildren! In particular, 2019 saw a particular focus on challenging the trade in weapons to Saudi Arabia. The trade was fuelling the death of hundreds of thousands of children in Yemen. Children. BAE was implicated.

We began to dramatise the issue. The Smith Family’s executive was directed to BAE’s harsh history of killing children, via its illegal weapons deals to Saudi Arabia.(1.) Direct killing with guidance systems used in drone and jet bombings; indirect killing when civilian infrastructure in Yemen or Iraq is bombed by the weapons company’s hi-tech products.  Resulting in famine, and lack of access to water and health services, targetting infrastructure is a war crime.

With no ethical system guiding the weapons industry, they are compelled to coerce and scare governments to buy their abominable products. BAE represents the ‘big money’ pushing to maintain conflicts in African and Middle Eastern populations disrupting First Nations and sovereign cultures across the planet.

And with some citizen dramatisation, we won. Letters were sent and phone calls made.  A report was published by the Medical Association for the Prevention of War (MAPW) outlining how the weapons industry is targeting children’s education. (2) This was followed by amplification by journalists, first Michele Fahy at Michael West (3) and then Paul Daley (4) at the Guardian.

And WE WON!!!
The Smith Family made a good decision. The executive won’t renew the arrangement.

This didn’t just happen. We used strategic thinking and collaboration across a range of organisations.

The military industrial complex will not fall back till they are pushed by our strong values at every point they enter our community: advertising, sponsorships, schools, universities, local weapons factories and councils. They are deluded when they say they make the planet safer. This is the delusion you see in America last week. The delusion of capitalism. 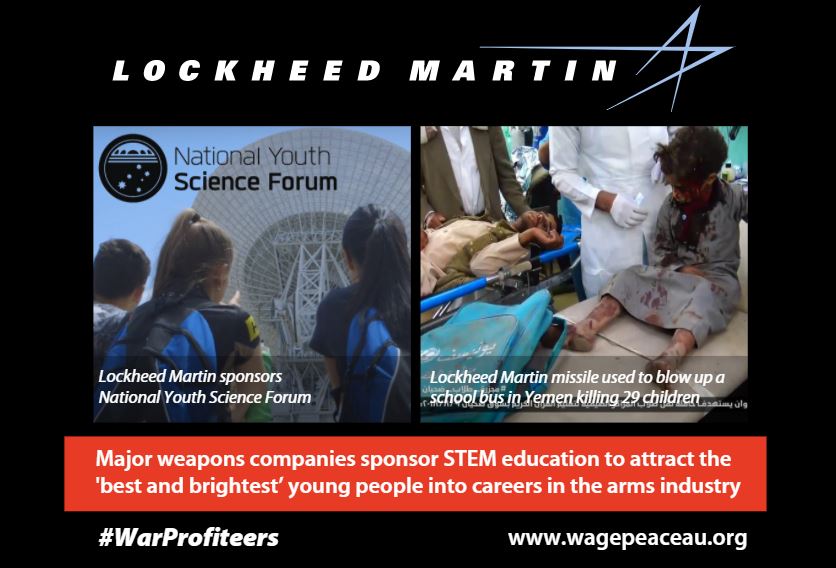 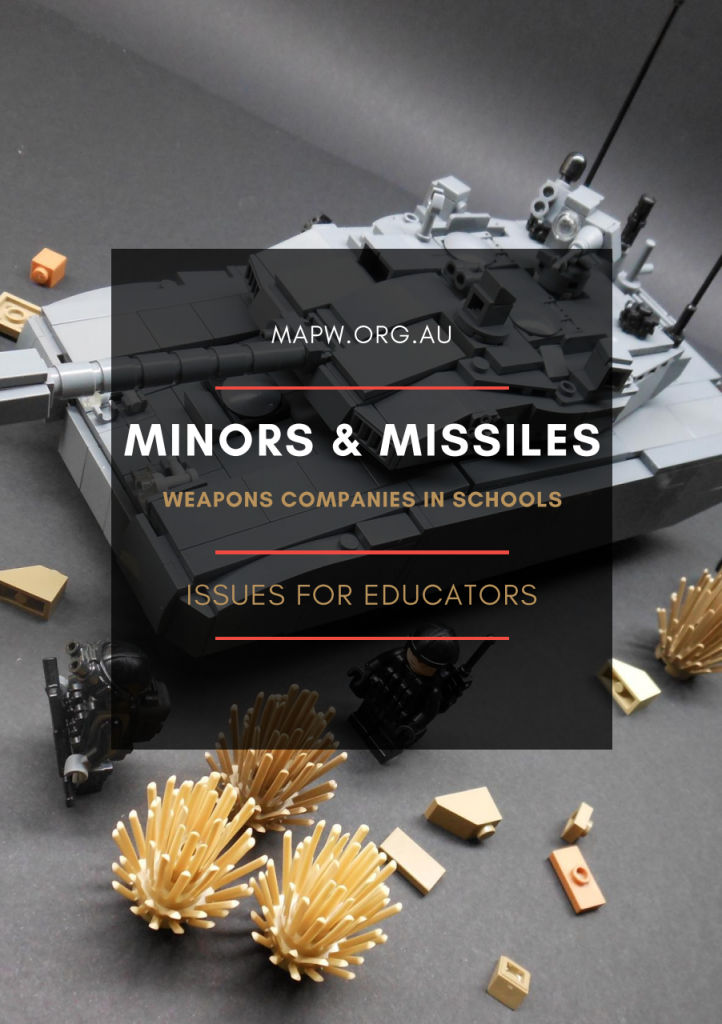