“So you wanna do something to stop this crazy rise in Australian militarism?”

It might have been the Government Duopoly’s prescribed month: “Militarism May”.

Analysis Here Analysis There: US Foreign Policy for Australia 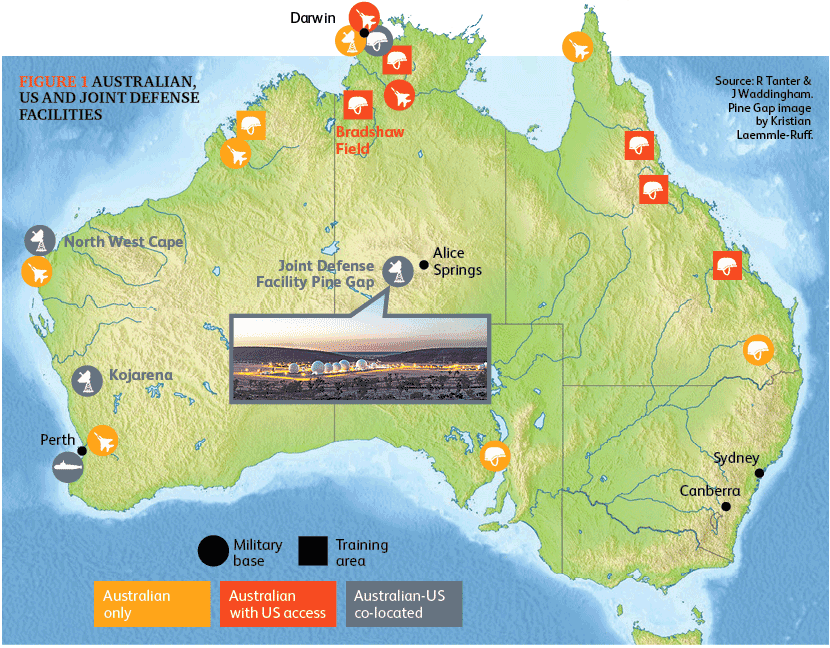 Richard Tanter, movement professor, writes that not only is defence spending growing massively at 4% a year but that our entire foreign policy is built on colonial settler assumptions about Australia’s pathetic place in the world: a long and complex piece but well worth-while.

John Menadue questions on his excellent blog ‘who is in charge of Australia’s relations with China: the PM or ASIO?’

In a second article, Prof. Tanter reminds us that Pine Gap uses so much energy that the Government has to interfere with ‘free market’ energy contracts to protect the US interests. More US meddling in Australian foreign policy.

Turns out #warcoststheearth; So a new Earth and Militarism project is underway at Friends of the Earth Australia.

But Australia is Waking up – #DisarmUnis #DisarmAWM [The War Memorial] 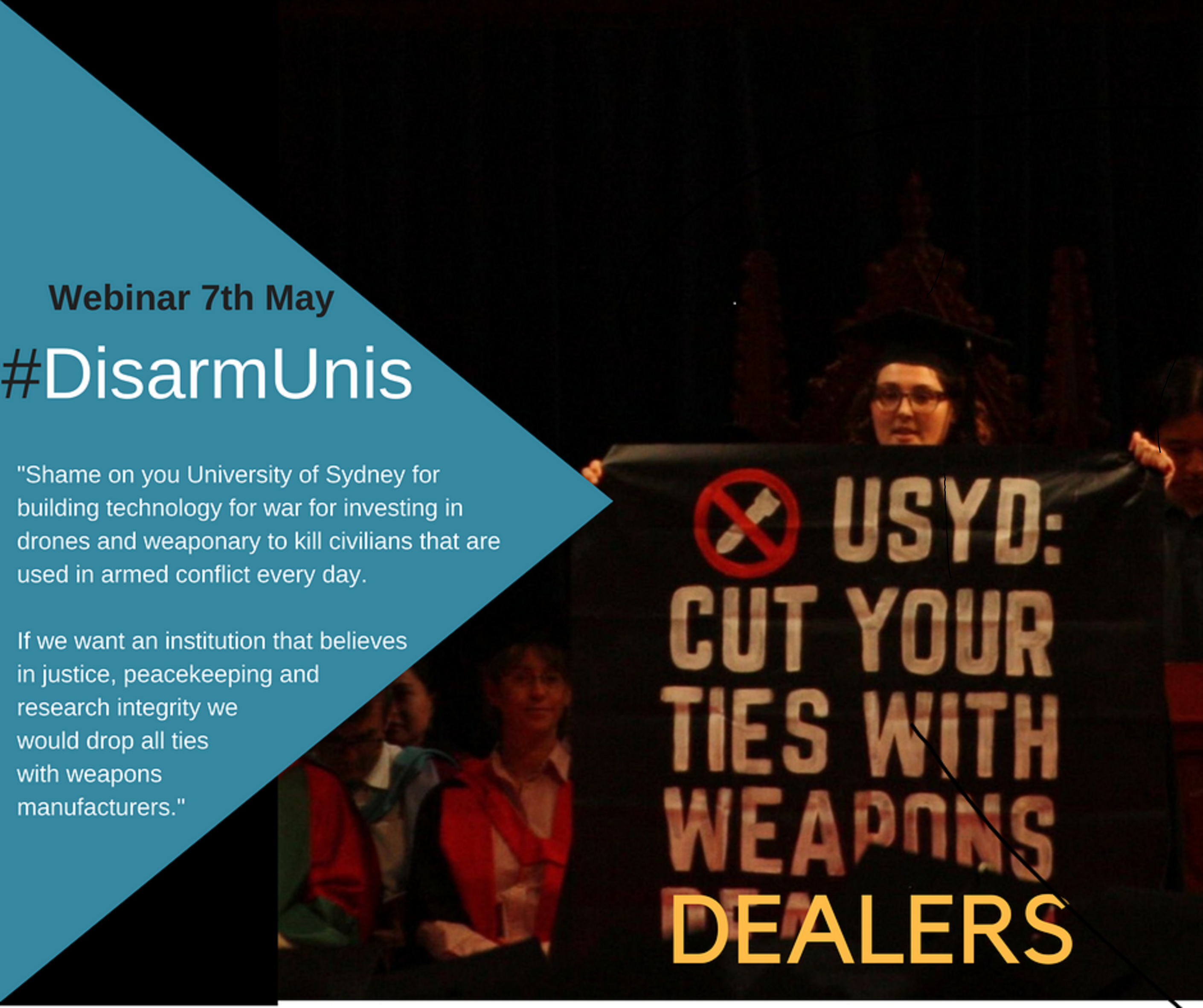 We know people young and old are interested. They are waking up about militarism. Watch Jodie Pall as she makes a pointed speech at her graduation. Check out the scientist who kindly supports her by holding her degree for her!

Every few days there is a new Facebook page challenging the rise of militarism.

#DisarmUnis crew have produced this fabulous article by Lara Sonnenschein. It’s actually useful writing! It points to a comprehensive set of nonviolence campaign objectives that – if enacted – might actually create change. This work will be replicated by other unis to address University projects and divestment with skilled campaigning.

What to do? Your organisation can endorse the report which is expected from this investigation.

Contact Margaret or Cate at Wage Peace or Ed at Disarmunis 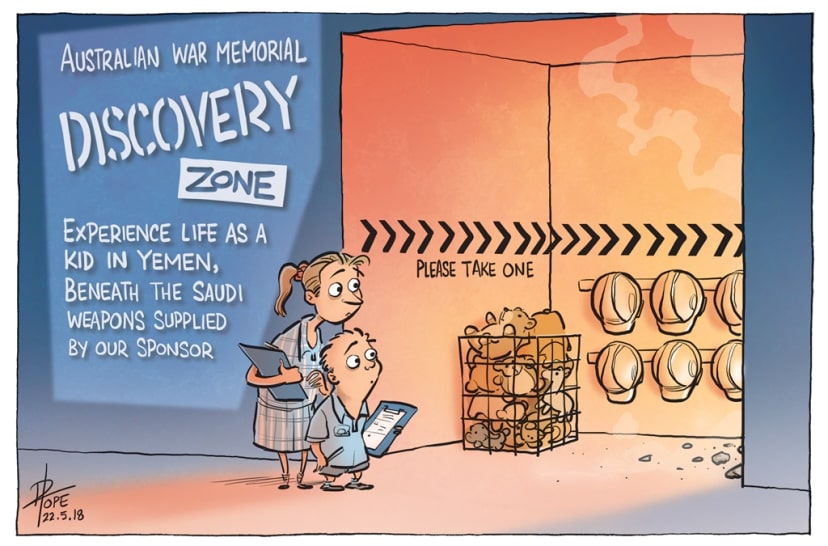 MAPW’s Sue Wareham put the spot light on the change in focus at the War Memorial in Canberra (the Australian War Memorial or AWM). See the Canberra Times artilce, and letters to the Editor. Also published in The Age.

Watch out for a more focussed set of campaigns with the objective of removing the influence of the weapons manufacturers on the AWM. Contact MAPW. 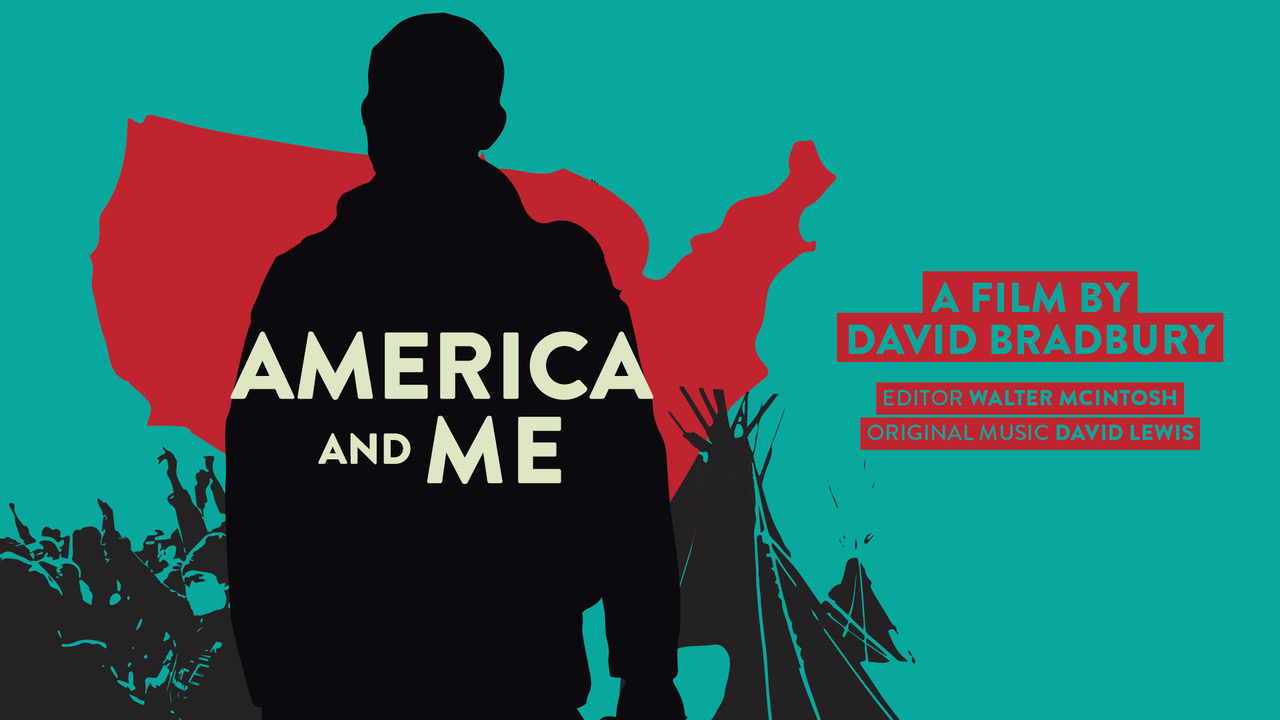 America and Me: Exclusive online screening for Wage Peace Subscribers for June. Organise a Group or Community Screening

AMERICA & ME documents the filmmaker’s observations over three months in the US during the lead up to the surprise election of Donald Trump. Eight US cities later he chronicled what was happening on the streets of America; 40 years after Ronald Reagan introduced the economic theories of Milton Friedman and the infamous Chicago Boys to the world.

Bradbury interviews veterans of America’s failed wars to maintain Empire, gets down in the gutter with the homeless to find out what life is like on the streets, speaks to a nun who was violated by the military junta in Guatemala under the directions of a CIA operative, goes to the US/Mexican border where Trump plans to build the Wall, films out front of CIA Headquarters in Langley, Virginia where deadly drone attacks are ordered up every ‘Killer Tuesday’ by the US President…and ends up at the Standing Rock protest camp for Election Day.

Watch the Trailer  –   Read a review

We’ve been offered  – exclusive to Wage Peace subscribers – America & Me free to watch until the end of June.

Watch America and Me Use code: WPFREE

Beyond War is Coming Soon

The team at Australian Nonviolence Projects has started Beyond War to raise funds and provide support and resources for anti-militarism activities, events and campaigns such as those mentioned in this letter.

Watch this space because we will communicate with y’all first… soon … to kick it off.

Wage Peace, Peacebus and West Papuan nonviolence projects will be amongst the project partners.

We are still looking for a lead campaigner for July and August to work on the #ToxicSAS trial.

Trial starts August 13th. The politics calls on @MarisePayne for transparency on the #toxicSAS report. Write directly to Marise Payne at her ministry office – or call. 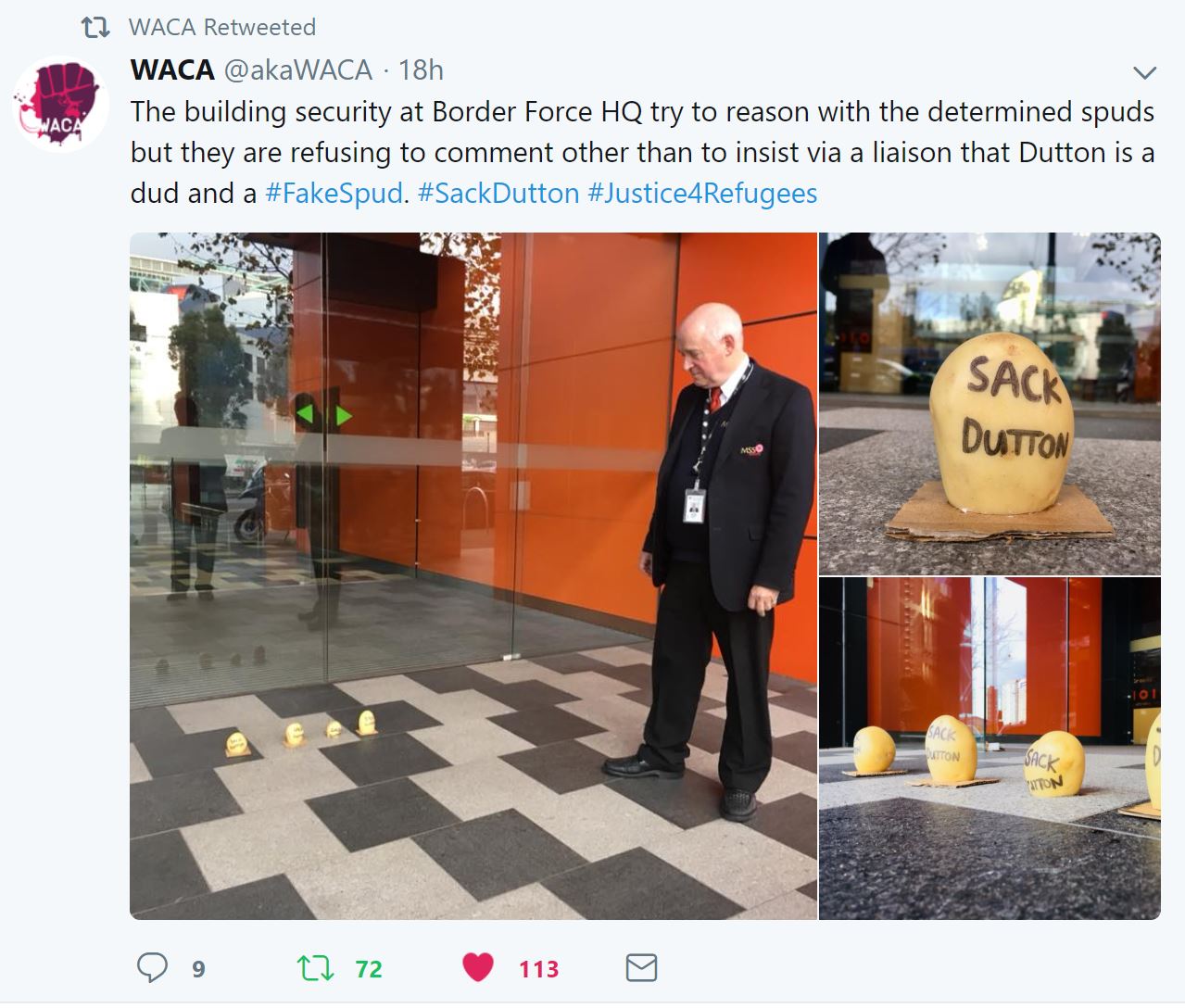 #FakeSpud! #SackDutton! Our excellent friends at WACA and their  potato friends still lead creativity with this formative action yesterday. They are addressing the militarisation of borders and migration with ongoing targeting of Border Force and its Commandant. Join them and learn.

And God, do we need to keep a creative prophetic imagination…

And there’s SOS: “Students of Sustainability National Camp” in July. This is a gathering of activist folk and place of great transformation.

Sponsor an Aboriginal Activist to attend because you have money and they don’t! 🙂

Wage Peace picked this from IPAN Events as a useful and interesting event. We will help to broadcast it by IPAN Facebook Live Feed. Vince will scare you with the story of the relational, crawly enculturalisation that is facilitated by the Yanks to win over politicians. You’ll have to listen. It’s truly awful. But its is a potential target for future action.

So stick it in ya diary. 7 pm, IPAN’s Facebook Live Feed.

If you volunteer for Wage Peace we might ask you to put it around in some sort of systematic and useful way.

Folk are organising. Assange is a North Queenslander whose organisation took some big risks to reveal the corporations links and State lies in relation to corporate driven war.

Events are to be held in Brisbane Sydney and Melbourne in solidarity.

We at Wage Peace reckon we need to build a bit of intellectual capital! We are scouting for someone to work between movement activities and parliament to support interactive actions and research across those two spaces.

And we are are looking for a very short term ‘lead campaigner’ for the #ToxicSAS campaign. For an intensive few weeks – suit a uni student.

Tell us: What would you need to do these projects?

Volunteer. There’s plenty happening. We’ll give you a little something…and make friends… Get your friends to sign up

Margaret, Cate, Treena, Miriam and the team at
Wage Peace!

The anti-military movement has about 3 days of paid workers per week for the whole of Australia! That’s why we have set up Wage Peace – to link projects, provide platforms and infrastructure for start up initiatives, to amplify the stuff that is happening. Lets make it build: Become a monthly donor and we’ll pass your money on where it can be used.

Those of us working on the project are around the country and we invite you to play with us, or donate!

Defence Connect: A must for your nonviolence strategy… 🙁 This is only a tiny fraction of their daily newsletter. 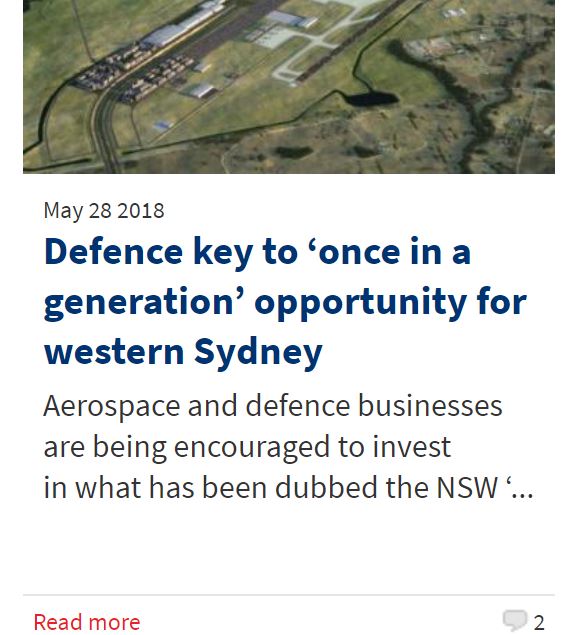 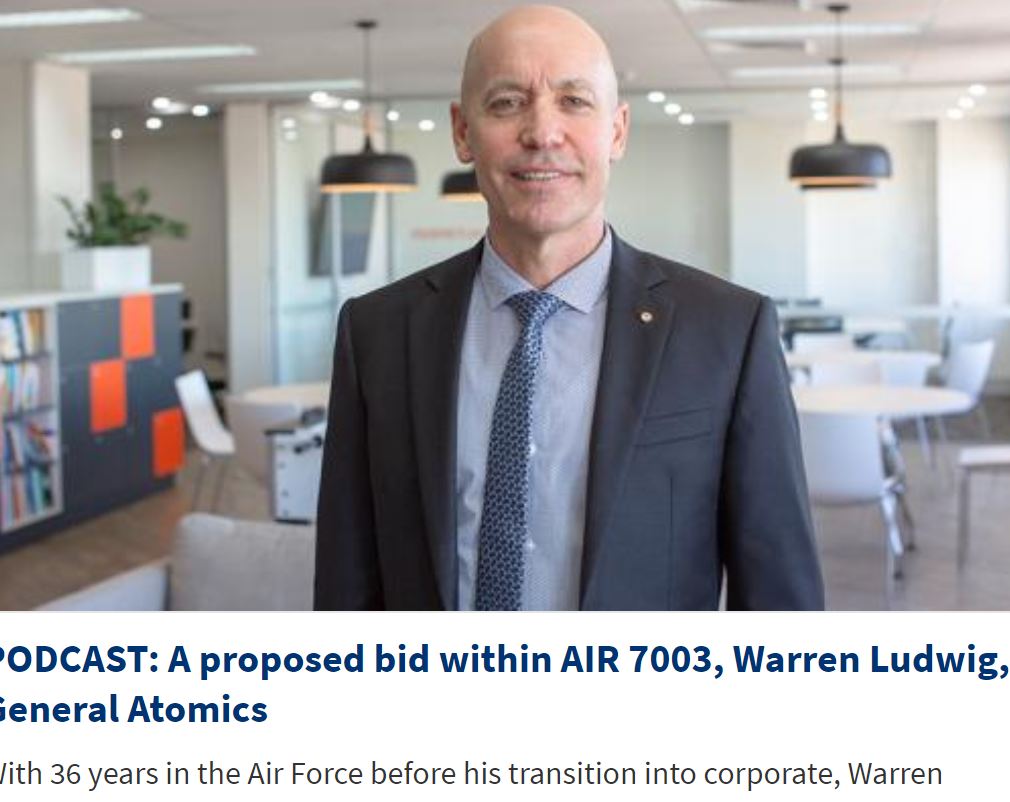