We shut down the entrances of a Pinkenba weapons factory for over an hour this week. We have asked Nioa to change the arrangements: rule out exporting munitions to Indonesia.
Here we are in front of the gate making the explosion of militarism visible! 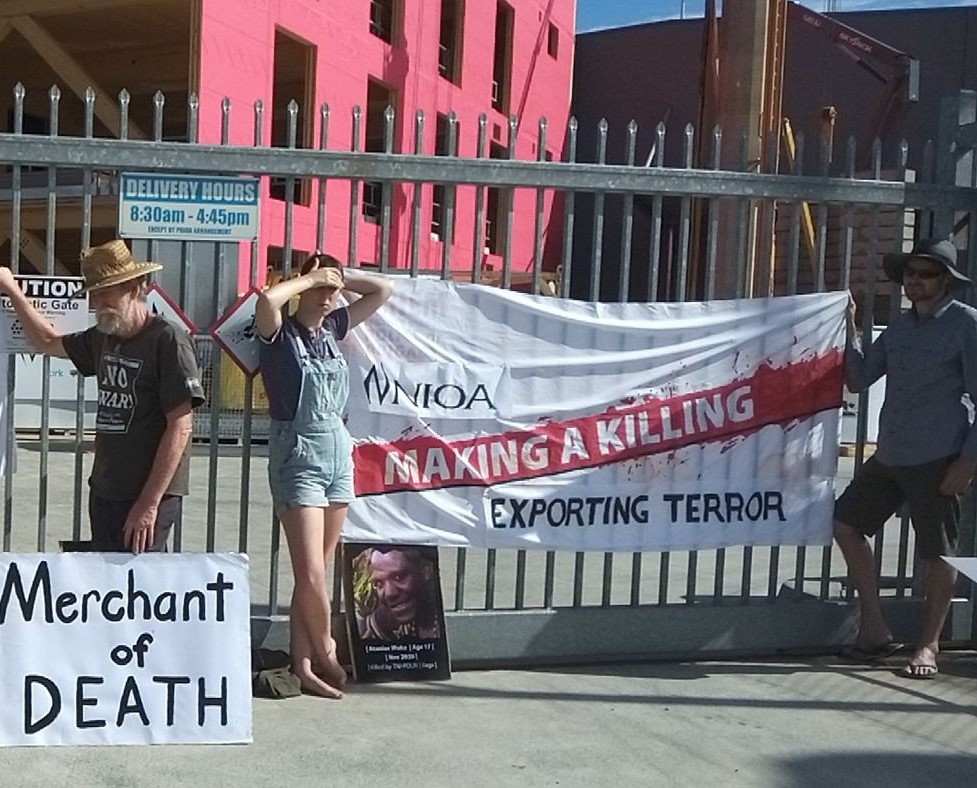 We at Wage Peace generally think it is NOT strategic to ask governments to change things. The ‘Masters of War’ are the corporations: the ‘War Pigs’. Our ‘government’ administers their directives.

But we ask you to share this petition (by copying its web address) because the “Office of Defence Export Controls” are issuing licences for exports to human rights abusers. A few examples of potential dealers follow.

We know about Saudi Arabia and UAE because of freedom of information requests. Otherwise, we guess. We watch who attends the international weapons events such as Land Forces, on in Brisbane in June. And we research pre-existing arrangements.

Sharing the petition allows us to “raise awareness“, to find NEW people interested in halting the explosive expansion of militarism. We know YOU are interested. But this issue speaks to thousands of ordinary people. We ALL have a war story, even if it is a few generations back. It may be our family’s colonisation, by methods of war, of this land never ceded by First Nations people.

Corporations should rule out selling weapons to war criminals and human rights abusers. Rule them out one by one. So share the petition to NEW PEOPLE – family, new friends. People hate people them #makingakilling.

Margie Pestorius, Jim and Greg and Dave and the Peace Pilgrims 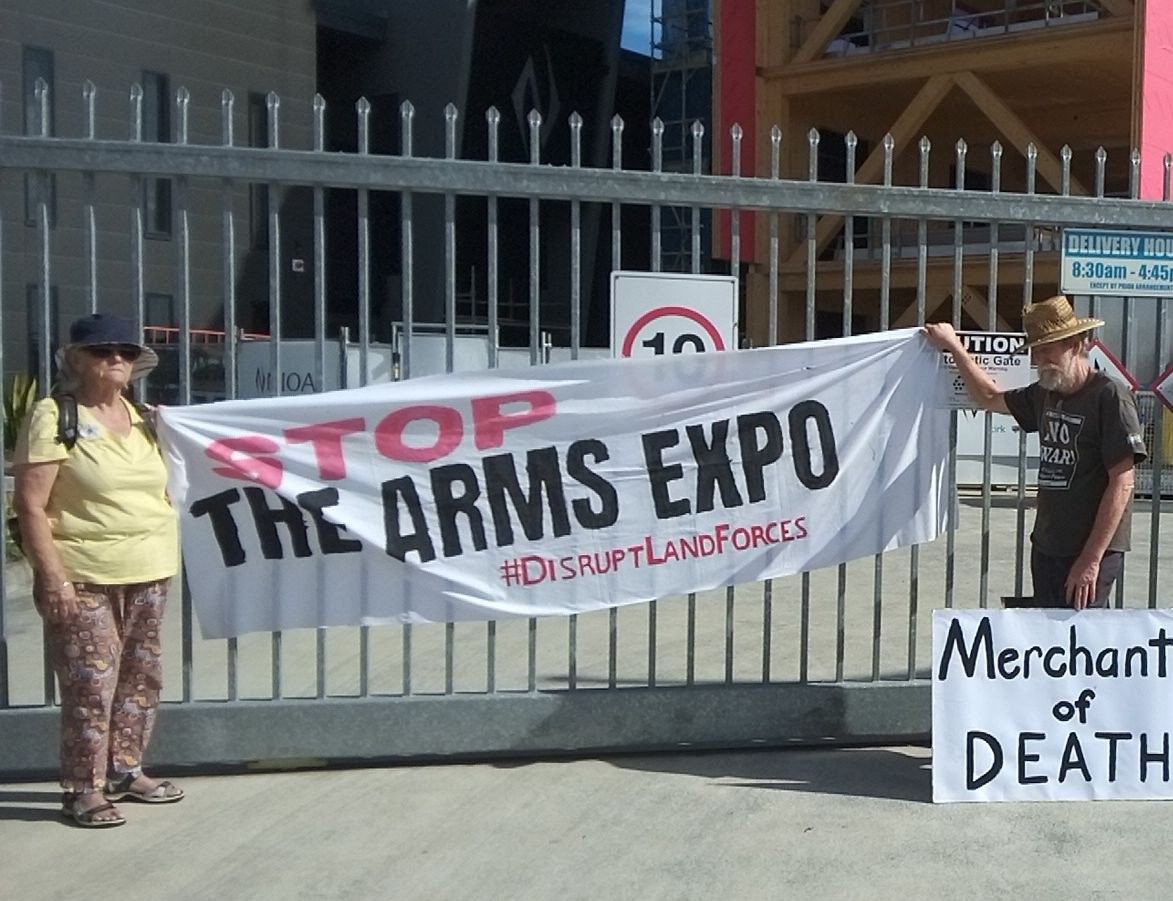 Will you prepare to stand with us using direct action to #DisruptLandforces in Brisbane, from 28th May 2021

Sign up here to get involved disrupting Landforces in Brisbane. DisruptLandforces .org

Check our Live Feeds at Wage Peace You Tube. In the last month we have held increasingly disruptive events protesting the weapons corporations at three Brisbane weapons factories. EOS, Nioa and Rheinmetall.  These Live Feeds give a background to what they are doing and how. Choose a target – get involved. Boeing is also involved providing attack helicopters and weapons systems. We have some thoughts.