Four anti-war activists from “Christians Against ALL Terrorism” are on Swan Island, protesting and shining a light on the secretive spy and SAS training base, just one hour west of Melbourne.

UPDATE! Four Christians have been arrested by Vic Police and have been removed from the SAS Training base after disrupting the ongoing SAS training there this morning. [See live video on the Wage Peace Facebook page] Summary now on youtube,  They have called to #AbolishtheSAS and to #StopTrainingKillers 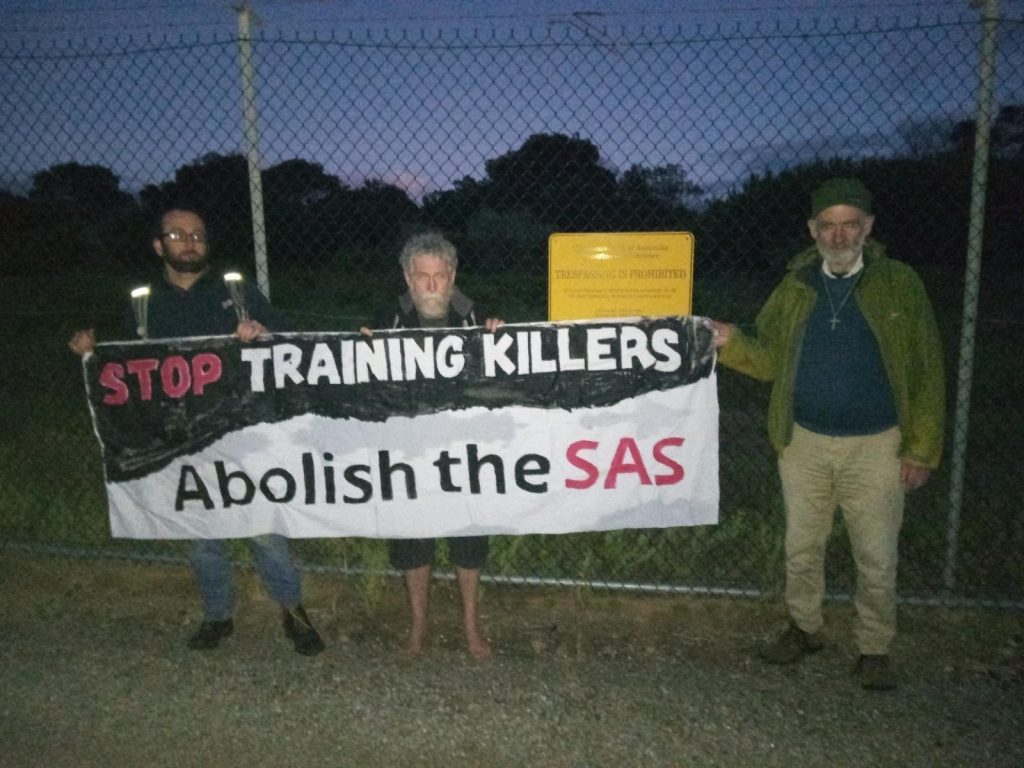 Peter Murnane a Dominican Priest, Shane Anderson, Jim Dowling and Greg Rolles have accessed the base early this morning.

“We act to draw attention to terrible war crimes, and to help bring them to an end.” Murnane said. “There needs to be an independent enquiry conducted by a body not connected to the military, and we need to immediately disband the SAS. The Brereton enquiry has shown us that the SAS has committed horrendous war crimes. The SAS stoops to waging the worst forms of warfare.”

In 2014, four Christian peace activists were tortured on Swan Island by members of the Swan Island Army Detachment (which includes the SAS).

“As Christians working for peace, we have come back here to remind the SAS of the crimes they committed, of violence and torture towards four men who were nonviolently demonstrating.” Murnane said. “It is love that is basic to humanity, not violence of any kind, whether domestic or international.”

Greg Rolles, 39, was one of those brutally assaulted by the SAS in October 2014 “Love must actively resist violence. Only by this can we heal the victims of war, or heal the soldiers trained to commit this brutality, to heal our earth, and heal our world.” Rolles said.

The Brereton Report has highlighted 39 horrendous war crimes committed by SAS personnel, many of whom have most likely trained at Swan Island military base, right here in Victoria. It is not enough that these 39 war crimes be internally investigated, the SAS needs to be disbanded immediately. 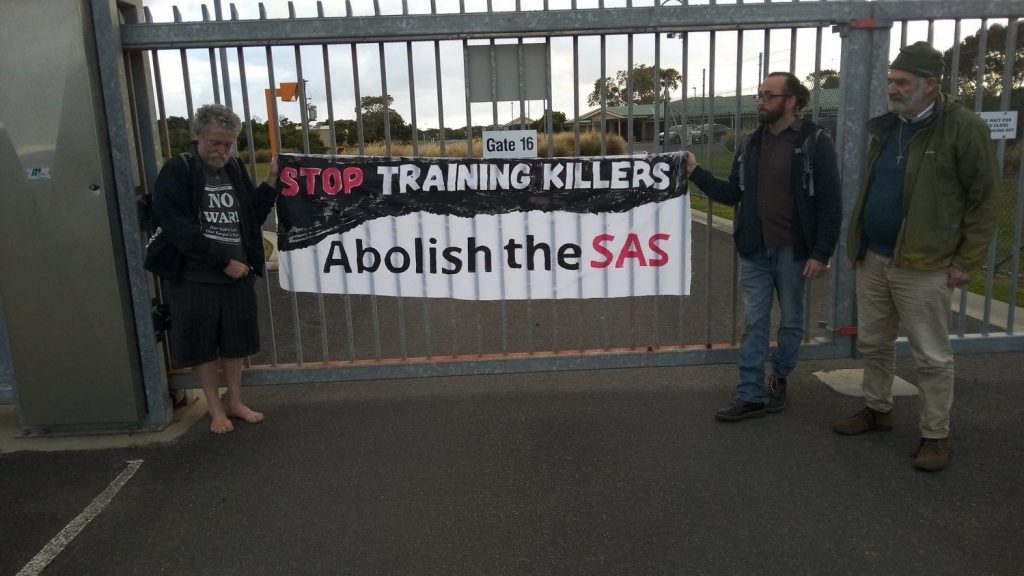 Live Feed may be available from Facebook Wage Peace

‘Power and pain’: an Australian citizens’ encounter with the SAS

‘Power and pain’: an Australian citizens’ encounter with the SAS

Anti-war activists who broke into Swan Island military base to be charged. 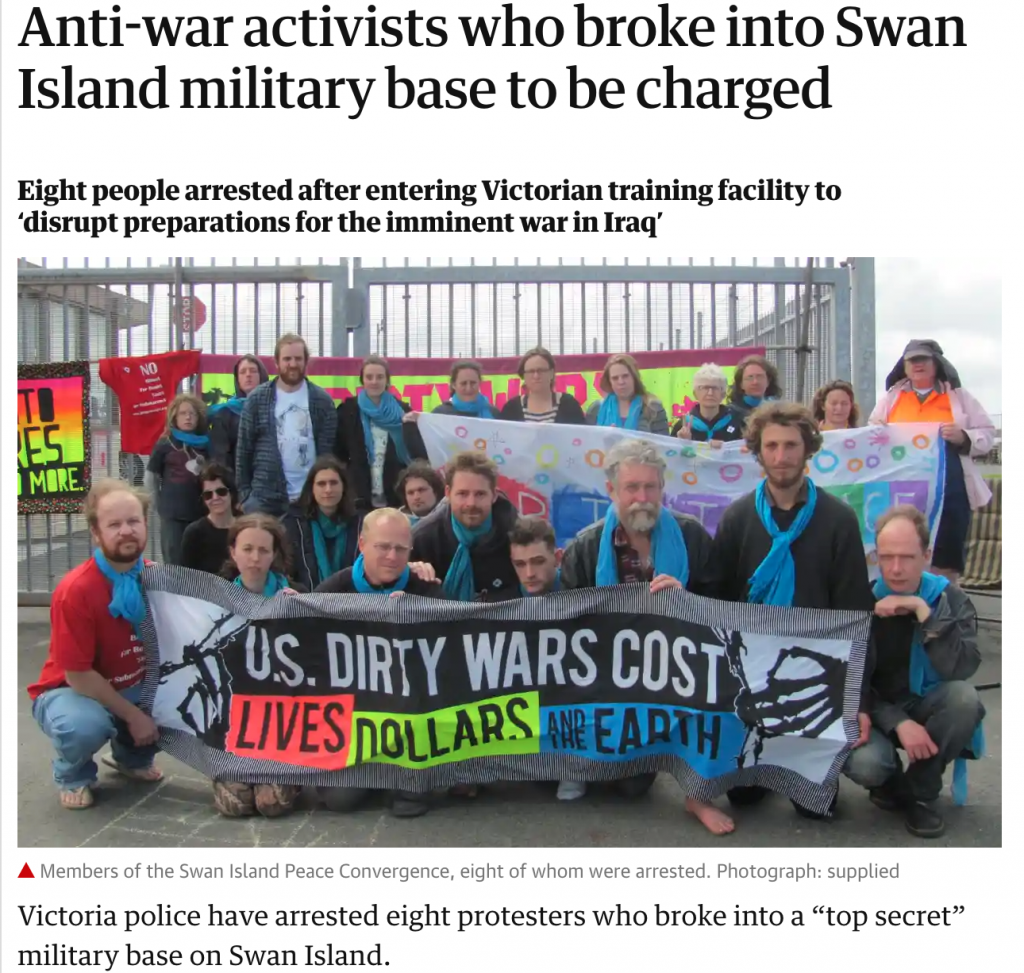 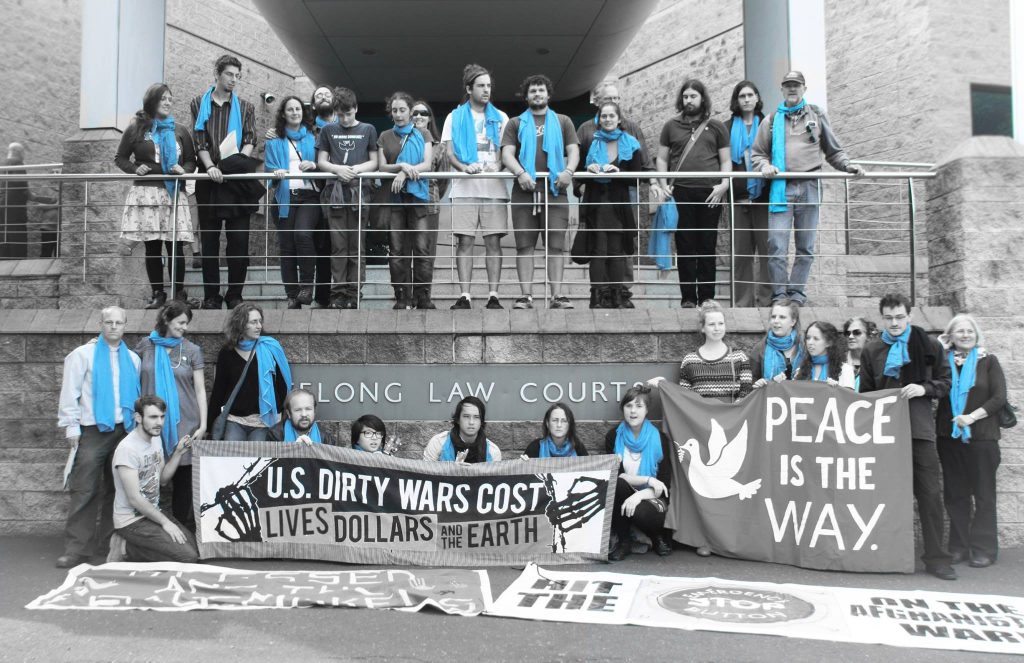